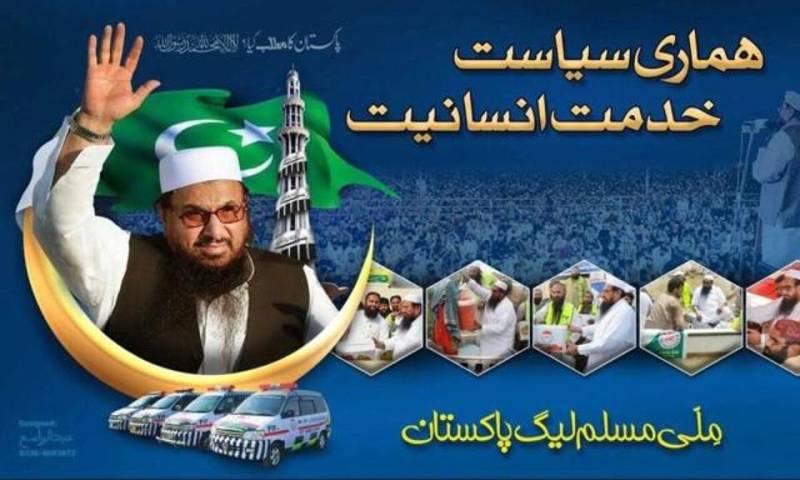 ISLAMABAD - The Jamaat-ud-Dawah (JuD) has entered politics by forming a new party, its members said on Monday. The new Milli Muslim League party will follow the ideology of the JuD.

Saifullah Khalid, a religious scholar and longtime official of the group, is president of the newly-formed Milli Muslim League party. He told reporters in Islamabad that his party will work to make Pakistan “a real Islamic and welfare state” and that it is ready to cooperate with like-minded parties.

Tabish Qayoum, a JuD activist who will work as spokesman for Milli Muslim League, said the group had filed registration papers for a new party with Pakistan’s electoral commission.

“It is now the need of the hour to get your message to the grassroots,” Qayoum told the international news agency.

JuD officials have always denied the charity is a front for LeT, and tout the group’s humanitarian work as an example of Islamic charity.

Qayoum said Hafiz Saeed, who missed the launch event as he remains under house arrest in Lahore, and other senior JuD figures are unlikely to be involved in the new party that will adhere to JuD’s ideology.

“We demand an immediate release of Hafiz Saeed. Once he is released we will seek his guidance and ask what role he wants in this political party,” said party chief Khalid.

The United States has offered a $10 million reward for information leading to the arrest and conviction of JuD's founder Hafiz Saeed. The government placed him under house arrest earlier this year.

The US state department’s country report on terrorism for 2016 issued last month said the LeT and its wings continued to make use of economic resources and raise funds in Pakistan.

Ayesha Siddiqa, a security analyst, said the new party was designed to give militants better cover amid pressure from the international community on Pakistan to crack down on LeT and JuD.

“The making of a party indicates the need of JuD to hide itself further so to avoid criticism,” Siddiqa said.