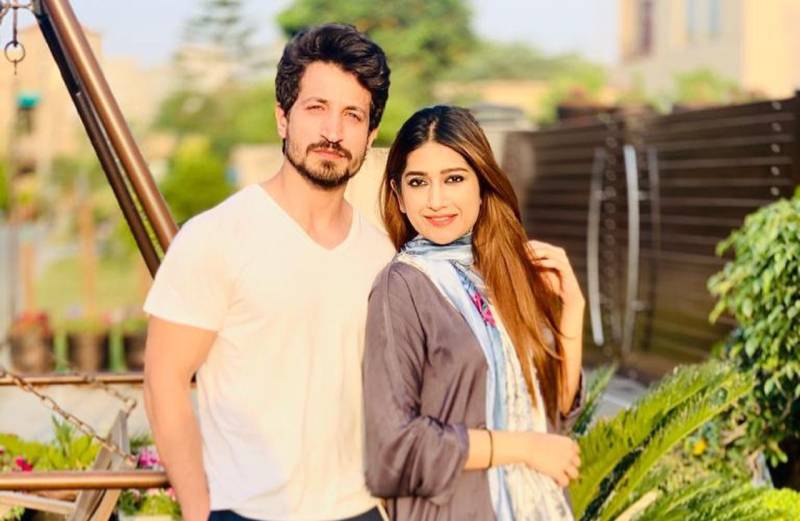 The ongoing controversy triggered by Pakistani actress Saba Faisal's announcement about her dissociation from her son Salman Faisal and his wife Neha Malik does not seem to be dying down.

While Lollywood celebrities have shown support for Saba, Neha has retaliated with a cryptic message.

For the unversed, Habs actress Saba recently shared two Instagram videos, announcing her family's decision to cut off all ties with Salman and Neha. She also shed light on how well-known people suffer more when their family matters become public. She advised people not to jump to conclusions or judge anyone.

Described by Saba's family members as a person “mentally torturing” them, Neha responded to this on her Instgram account.

She wrote, “Always stay on the righteous path no matter how hard it gets or even when you feel like you are a misfit in almost everything! Stay strong enough to withstand anything which is haram in anyway – this world is temporary after all.”

Neha also shared an Instagram story stating, “Never compare your life with the one who enjoys haram. They might look more successful than you or have more fun than you but in front of Allah they’re nothing. And that’s what matters.”

Responding to Neha's posts, a social media user said she must not judge others.

In response, Neha said, “And who am I judging? Halal and Haram are obvious and if you think my post is directed to someone then ‘you’ are judging.”

Another user asked Neha to leave the matter for Allah to decide. The user also suggested her to focus on her own deeds.

Seemingly defensive, Neha replied, “This post is a common message to all the Muslims including me. I often think my life would be happier if I was into stuff which is common nowadays but I keep on telling myself that this world is a test.”

Despite the fact that neither party has dished out details of the matter, netizens speculate that Neha disapproved of Salman's entry into the showbiz industry and also didn't like Saba's latest video where she danced to the viral remix of Lata Mangeshkar's classic Mera Dil Ye Pukare Aaja.