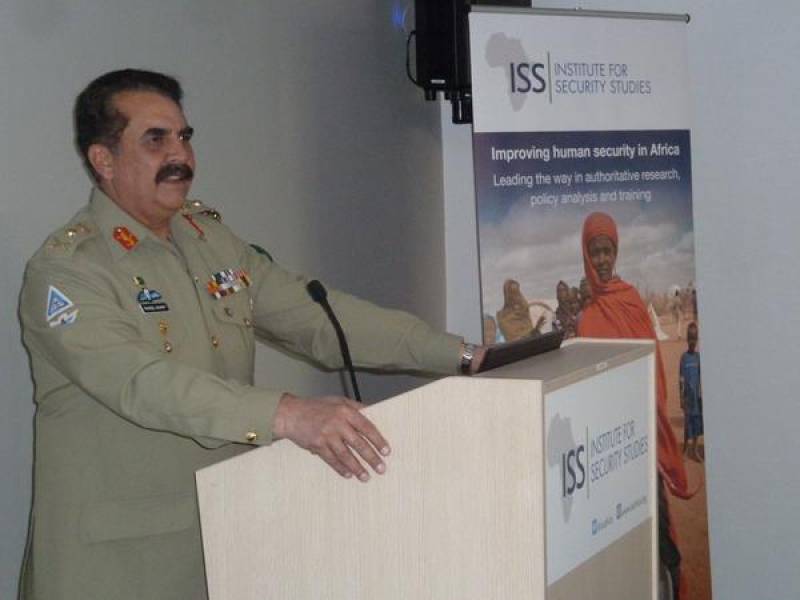 RAWALPINDI (Web Desk) - Army Chief General Raheel Sharif said on Tuesday that Operation Zarb-e-Azb has effectively broken back of terrorists. He said that the nation is determined to complete the task adding that win against terrorism is a combined victory for nation.

According to Inter-Services Public Relations (ISPR), Army Chief visited South African Defence College. During his visit, the Army Chief said that Pakistan has given countless sacrifices in its battle against terrorism and has achieved considerable success.

The Army Chief said that Operation Zarb-e-Azb has effectively broken back of terrorists. General Sharif expressed determination to finish off the remaining elements of terrorism at the occasion, Dunya News reported.

He credited the victory against terrorism to the nation as a whole saying that nation is an emerging force in the region.