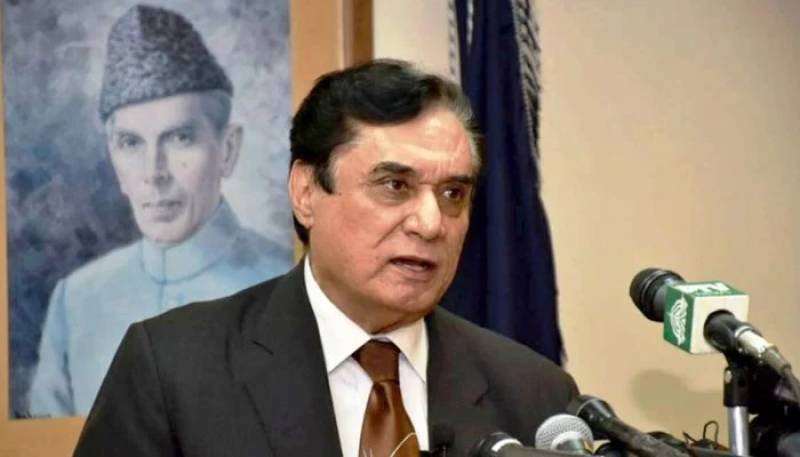 ISLAMABAD – The woman who was allegedly a part of the 2021 video leak controversy said on Thursday that Justice (retired) Javed Iqbal, former chairman of the National Accountability Bureau (NAB), threatened her with "dire consequences".

“Javed Iqbal would tell me that he would destroy my life within a minute,” Tayyaba Gul told the National Assembly’s Public Accounts Committee (PAC).

The former NAB chairman however did not appear before the committee despite the fact he was summoned to the hearing.

Gul said a false reference was filed against her and her statement was not recorded.

“I met Iqbal during a meeting regarding missing persons,” she said, adding that “he got angry” when she asked him not to call her again and again.

“My number was written on the request filed for the missing person, and he [Iqbal] kept calling me time and again,” she said, recalling that Iqbal used to tell her that no meeting would be held if she doesn’t respond.

Commenting on her intention behind making the video, she said: “I recorded Iqbal because he was a very powerful official and I wanted to expose him.”

Gul added that Iqbal warned her that he would “ruin her life within a minute” if he sees her in any of his offices.

“My husband and I were arrested under the direction of the former chairman of NAB. I was arrested by male officers and cannot even share the barbarity that I endured during the car ride,” she narrated.

She went on to say that she was transported to Lahore without a transit remand. “When I was presented before Director-General Lahore NAB Saleem Shehzad, my clothes were all torn and my body had several bruises,” she said, adding that during the search, on the directions of Shehzad, her clothes were taken off.

Gul said Iqbal’s personal staff officer Rashid Wani, from the missing person commission, was his facilitator. “Neither I could file First Information Report (FIR) nor did any court listen to my plea,” she said.

The NAB chairman was summoned for today’s meeting after Khan, quoting human rights activist Amina Masood Janjua, had a day earlier accused Iqbal – who is heading the National Commission for Missing Persons — of harassing a woman who had appeared at one of the sessions of the commission on missing persons.

But he did not show up.

As the meeting went on, the committee chairman said that Iqbal has informed him through a letter that he won’t be able to make it today as he has left for Eid ul Azha vacation.

“We will not tolerate such misuse of authority; I want to issue arrest warrants against Justice (retired), Javed Iqbal,” the PAC committee chairman angrily said.