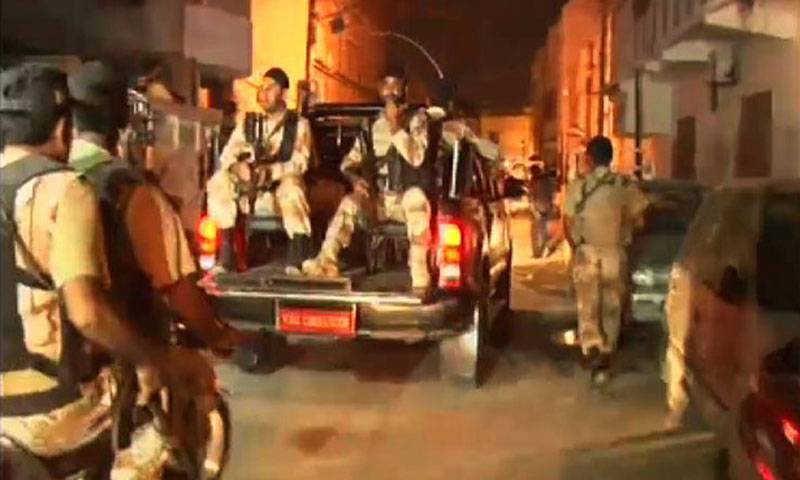 According to local media, more than eight vehicles carrying paramilitary troops have been deployed in three streets of PIB Colony.

All entry and exit routes leading to Sattar’s house have been sealed, drawing reservations from the MQM.

Speaking to a TV channel, Sattar condemned the raid, saying that he has tried to contact the Director General of the Pakistan Rangers (Sindh) to express his concerns.

Rangers said a letter was written to the Sindh Assembly speaker, informing him that the MPA Kamran Farooqi was wanted in an investigation.