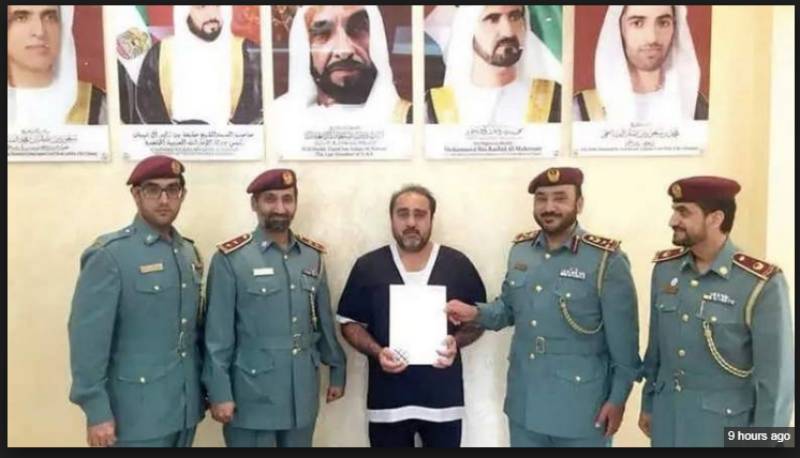 RAS Al KHAIMAH (UAE) - Four 'Good Samaritans' have come forward and paid for a Pakistani prisoner's release in UAE, after paying the Dh100,000 in blood money.

The anonymous donors donated the money after the inmate's story was featured on Emarat Al Youm. Haji was originally ordered to pay Dh200,000 'diyaat'.

The 40-year-old Pakistani man, Haji, was jailed for killing a man, accidentally.

Haji accidentally ran over a worker resting by the truck almost seven months back. He had parked his truck on the side of a road in Ras Al Khaimah (RAK) when he was approached by the Asian man for water.

Not aware of the man resting under his truck, Haji drove over the worker as he screamed out - one of the workers alerted Haji of the accident.

The man died on the spot.

The Pakistani man had come to the UAE nearly a year ago, looking for work to support his family of ten. He had taken up a job as a truck driver in Ras Al Khaimah.

Failing to pay off the blood money after the insurance company refused to help, the Pakistani driver remained in RAK prison for seven months until four philanthropists intervened and aided his release.

The Ministry of Interior under the aegis of "Faraj box" in cooperation with Dubai Media Incorporated (DMI) helps prisoners, who have no means to pay off fines or monetary compensations, which adds to their difficult circumstance.