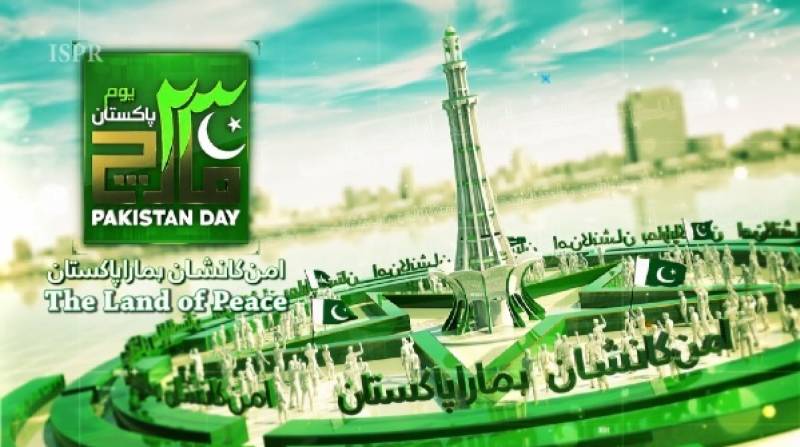 RAWALPINDI - To uphold its tradition of release patriotic songs on national days, the Inter-Services Public Relations (ISPR) – the media wing of Pakistan army – is yet again going to release a song on forthcoming 78th Pakistan Day.

“Pakistan is synonymous to Peace and we shall safeguard it at any cost IA,” the director general ISPR said.

“Pakistan is synonymous to Peace and we shall safeguard it at any cost IA”.#PakistanTheLandOfPeace 🇵🇰امن کا نشان ہمارا پاکستان #PakDayParade2018#LongLivePakistan pic.twitter.com/UhuTC5U3TJ

The director general ISPR also shared the promo of a new patriotic song which is most likely to be released on Pakistan Day.

The 78th Pakistan Day will be celebrated across the country on March 23, 2018 – a day which is annually celebrated to commemorate the Lahore Resolution passed on March 23, 1940, at Minar-e-Pakistan in Lahore which eventually led to the creation of Pakistan on the basis of two-nation theory.