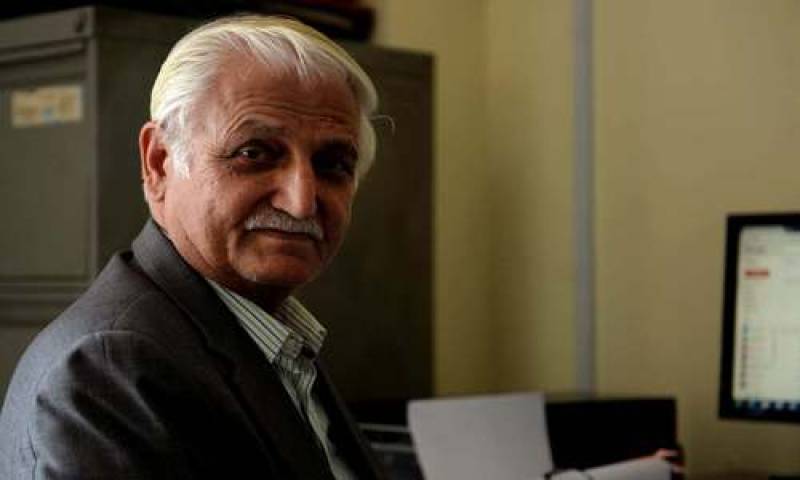 LAHORE - Veteran politician Senator Farhatullah Babar was removed as the spokesperson of Pakistan Peoples Party (PPP) co-chairperson Asif Ali Zardari on Wednesday, a day after he criticised his party for backing off from upholding the parliament's supremacy.

However, PPP leaders and Babar himself said that he had "resigned" as Zardari's spokesman, and the resignation was accepted by the former president.

"Yes, I resigned this morning as spokesperson of AAZ [Asif Ali Zardari] sb," Babar said in a statement.

In what was his last speech in Senate before his term expires, Babar had on Tuesday warned against the "judicialisation of politics and politicisation of the judiciary" and the existence of a "state within the state."

Babar had said he was distressed that all political parties, including PPP, initially demanded across-the-board accountability — a suggestion to bringing judges and generals under the purview of accountability laws — but suddenly backtracked on it.

The senator's criticism of his party in the speech had angered Zardari, party sources earlier said, adding that Babar was subsequently removed as the spokesman.

PPP secretary information Nafisa Shah said Babar had tendered his resignation a couple of days ago, which has been accepted by PPP co-chairperson Zardari.

#FarhatullahBabar is a #PPP senior and an asset of the party. He is and will remain the #SecretaryGeneral of the #PPPP. His resignation as #Spokesperson of #PresidentAsifZardari has been accepted by him.

Farhatullah Babar, who retires from the Senate or upper house of Parliament on March 11 after a six-year term, is regarded as a staunch critic of the security establishment and the policies it has pursued over the years.

“These examples, unfortunately, have reinforced the perception that Pakistan might not be sincere in eliminating all terrorist groups,” he said during the discussion on Tuesday.

He cited several examples to demonstrate Pakistan’s “total failure” in eradicating certain militant groups. He questioned former Taliban spokesman Ehsanullah Ehsan’s treatment as a “state guest”, especially since he had the “blood of 150 innocent children on his hands.”

Babar was also critical of the authorities for being unable to provide a rationale over the issuance of a national identity card to slain Afghan Taliban leader Mullah Mansour. He said Pakistan has mainstreamed militants and allowed them to form political parties to contest elections.

Speaking about the move to put Pakistan on the FATF’s "grey list" for not doing enough to choke funding for groups such as Jamaat-ud-Dawah and Falah-e-Insaniyat Foundation (FIF), he said this was a consequence of Pakistan’s ignorant approach towards President Donald Trump’s tweet on January 1 that accused Islamabad of giving only “lies and deceit” in return for billions of dollars in aid from Washington.

“Pakistan kept on making fun of this tweet and Trump by calling him mentally ill rather than taking him or his tweet seriously, which no doubt has put Pakistan in serious trouble,” he added.

Babar also said China and Saudi Arabia are significant allies of Pakistan but they had withdrawn their support at the FATF plenary meeting in Paris last month because of “punitive pressure” from the US.

The PPP, however, distanced itself from Babar’s remarks and insisted that they were made in a personal capacity.