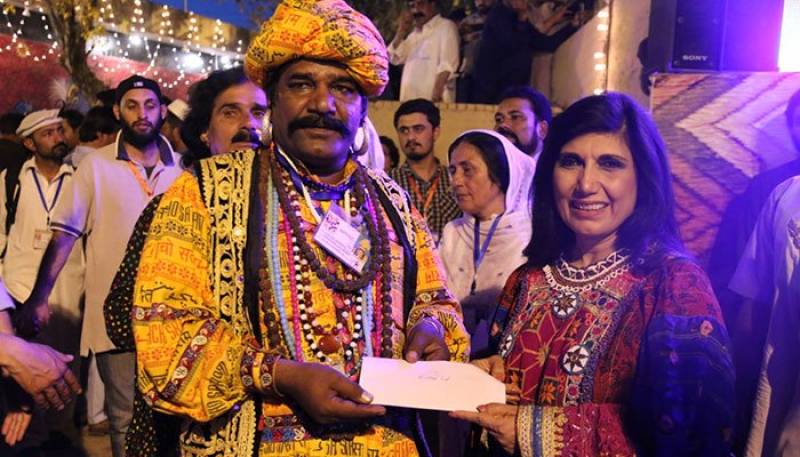 RAHIM YAR KHAN - Famous Folk Singer from Cholistan Krishan Lal Bheel passed away on Thursday, as reported by the media officials. Krishan Lal Bheel had been admitted to a hospital for the last five days. His last rites would be performed in Rahim Yar Khan.

Krishan Lal Bheel gave performances in the folk festival ‘Lok Mela’ at National Institute of Folk and Traditional Heritage (Lok Virsa). He was a recipient of the President’s Pride of Performance Award. He had also performed at Rafi Peer Folk Puppet Festival. His local language was Marwari, but he was also fluent in Hindi, Sindhi, Punjabi, Urdu Saraiki, Registani and Rajasthani.

In one of his interviews, talking to APP, he said he wanted to pass it on to the future generations. “My wife also performs in the troupe although women from our tribe are not generally allowed to do so,” he said. He said that he had started singing from 1970. “I am singing for the last 30 years. I also performed in Norway, Germany, Dubai, and Turkmenistan.”

He had repeatedly appealed the government to restore monthly financial assistance, as he and other artists have spent their whole lives in promoting art and culture of Pakistan.