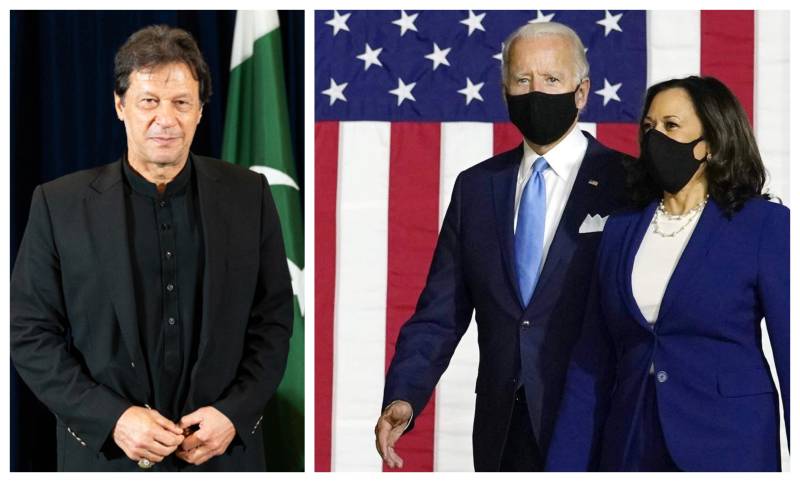 ISLAMABAD – Prime Minister Imran Khan quickly congratulated Joe Biden on his presidential election victory on Saturday even though Donald Trump, with whom several have had rocky relations, had yet to concede.

In a tweet late on Saturday night, the Pakistani premier also congratulated Kamala Harris on becoming the first Asian-American and also the first Black vice-president, replacing Mike Pence next January.

Congratulations @JoeBiden & @KamalaHarris. Look forward to President Elect Biden's Global Summit on Democracy & working with him to end illegal tax havens & stealth of nation's wealth by corrupt ldrs. We will also continue to work with US for peace in Afghanistan & in the region

Khan said he looks forward to Biden's Global Summit on Democracy and working with him to end illegal tax havens and stealth of nation's wealth by corrupt leaders. "We will also continue to work with US for peace in Afghanistan & in the region," he added.

Biden, a Democrat who served as vice-president under former president Barack Obama, has secured enough electoral votes to become the 46th president of the United States, defeating President Trump and capturing the White House after a bitter campaign in a country that has been riven by racial tensions.

Biden’s vice-president elect, Kamala Harris, an attorney and US senator from California, will be the first woman to achieve one of the top two offices in the country.