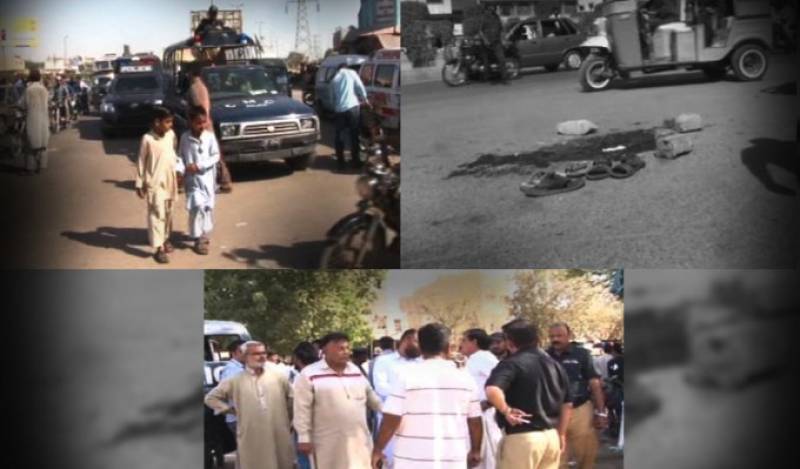 KARACHI (Web Desk) Two men were shot dead and one other was critically injured when unknown gunmen ambushed a car in Karachi on Friday.

The tragic incident occurred on one of the city’s busiest road at Shafiq Morr.

Unidentified armed men opened fire on the vehicle as the men were returning after offering Friday prayers at an Imambargah.

According to media reports, four gunmen riding motorcycles opened fire on the car and sped away.

Three people were critically wounded in the ambush. They were rushed to Abbasi Shaheed Hospital, where two were pronounced dead on arrival.

The third later succumbed to his wounds after being shifted Hospital.

The deceased were identified as Hashim, 40, son of Nasir Rizvi, Ali Sajid, 27, son of Shahid Hussain and Shamim Rizvi, 30.

Police say they have launched a probe.