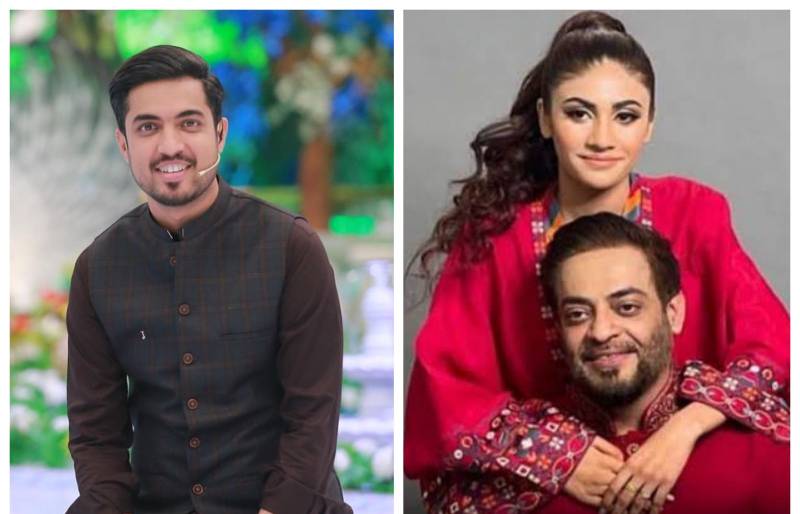 Pakistani television personality Aamir Liaquat's ex-wives Syeda Bushra Iqbal and Dania Malik have been embroiled in a legal battle over his property and post-mortem-related issues.

Although the deceased's family is still mourning, there have been polarising opinions about his third wife, his downfall before his death, his leaked private videos and the rightful heir to his property.

In a now-viral video message, Hassan reasons that initially he did not wish to speak up about the 'vicious acts' of Dania and maintained silence on the death of the Aalim Online host.

“I previously kept quiet. I just prayed for Dr Aamir Liaquat’s maghfirah and urged people to forgive him. I opted to stay quiet but now the worldly greed and cleverness have led me to unveil the truth."

Calling Dania greedy, the popular journalist stated, "Dania is playing dirty games. Her character was so notorious in this whole episode and now she’s the one who is claiming to be the faithful wife and his legal heir. I urge you to condemn her. It’s so bad of her that Dr Aamir Liaquat died because of her and she is the one who demands his postmortem. She needs his property and demands 25 crore rupees.”

Shedding light on the late televangelist's property, Iqrar ul Hassan said, “He sold his luxury apartment at the start of his career and also sold the luxury truck which was used as his vanity. He lived in the Khudadaad Colony and sold a few apartments from that building."

"His current property would only be worth Rs15 crores along with a few cars. Now, Dania is doing this for a few bucks which is sad. I would urge the High Court not to heed her petition as she did the most damage," the 38-year-old concluded.