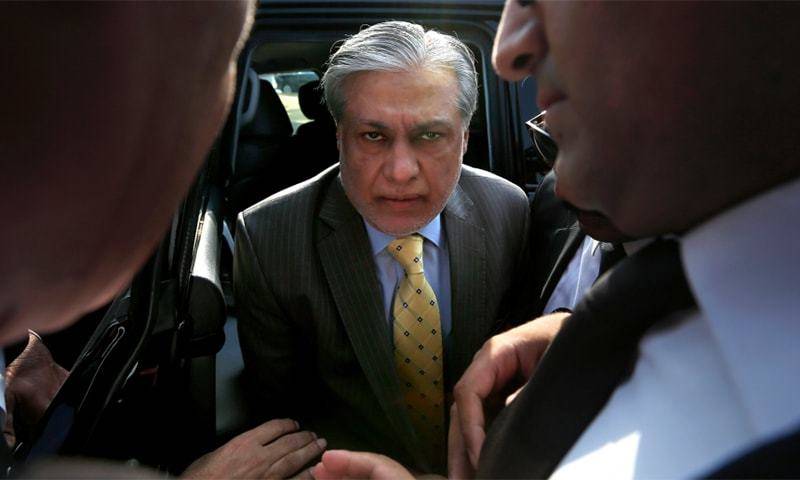 ISLAMABAD – The National Accountability Bureau (NAB) on Tuesday informed Supreme Court that the process of extradition of former finance minister Ishaq Dar is in progress.

This was informed to a three-judge bench headed by Chief Justice Main Saqib Nisar in a case related to the apex court July 28, 2017 order, for Dar’s allegedly having assets beyond known sources of income.

To which, NAB counsel Jahanzeb Bharwana said extradition was in the process while Dar’s properties had been sealed.

However, Justice Ijazul Ahsan remarked that it had been two months since the assets were confiscated. Bharwana said the bureau had replied to British government’s letter in the matter and was awaiting its response.

LAHORE - Over Rs 500m from the bank accounts of former finance minister Ishaq Dar has been transferred to the treasury ...

Responding to the query, Principal Information Officer who was present in the court said that tomorrow notices will be served to all respondents in this regard.

An accountability court had ordered authorities to auction Dar’s movable and immovable assets and seize his bank accounts as he has not only failed to appear before the court but over six months have passed since the court attached his assets.