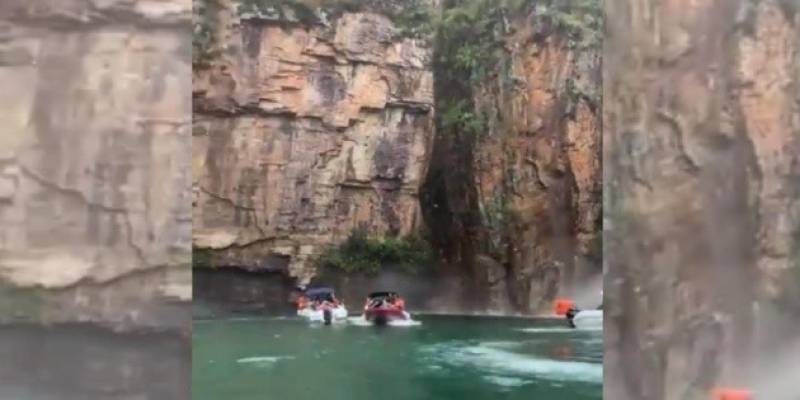 RIO DE JANEIRO – The death toll from a rockfall in Brazil has risen to 10, rescue teams said on Sunday.

The incident occurred on Saturday afternoon when several large rocks fell onto four boats sailing on Lake Furnas in the municipality of Capitolio, about 300 km from Belo Horizonte, the capital of Minas Gerais state.

Rescue teams including a dive squad and members of the Brazilian Navy reached the spot to evacuate people to safe place.

The four boats were carrying tourists at the time of the incident. On Saturday, six bodies were discovered, with authorities finding another two on Sunday.

Videos circulating on social media clearly show a column of rock crashing down on to Furnas Lake while tourists are calling for help.

A Big block of rock from one of the canyons of Capitólio, in Minas Gerais, Brazil, broke free and hit at least two speedboats that were moored in Lake Furnas.

Firefighters from Minas Gerais were called to the region. Pray 🙏🏼 pic.twitter.com/NEbRPt6cOT

Furnas Lake, which was created in 1958 for the installation of a hydroelectric plant, is a popular tourist spot roughly 420 kilometres (260 miles) north of Sao Paulo.