Indian elephant & Chinese dragon must dance together, not fight each other: China 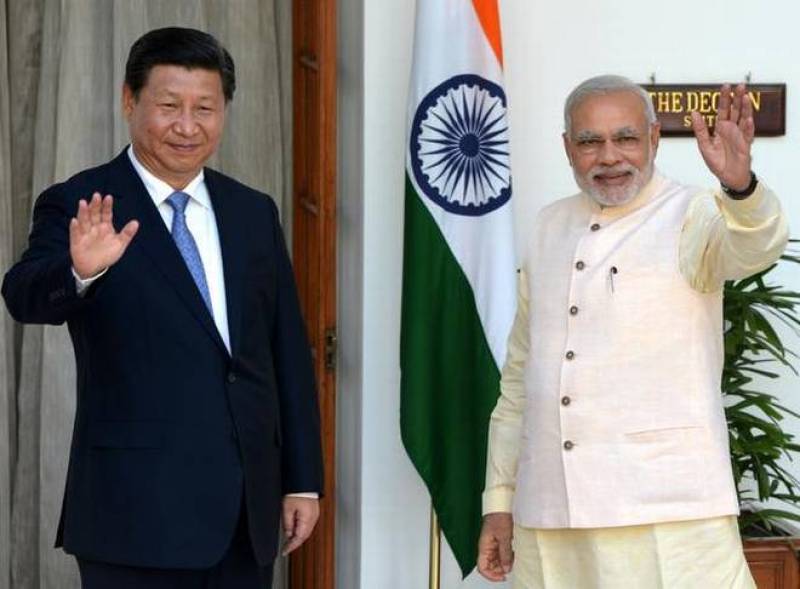 BEIJING - China on Thursday lauded Indian and Chinese leaders for demonstrating a “strategic vision” which had helped defuse last year’s Doklam crisis and acknowledged that ties between the two countries were poised for a rapid transition.

Chinese Foreign Minister Wang Yi said at an annual press conference that India-China ties were seeing a turnaround. “Despite some tests and difficulties, the China-India relations continue to grow.” Wang stressed that China was keen to forge closer India-China ties, cemented by a focus on greater dialogue-based on “mutual trust”.

In response to a question on the flurry of visits by the Chinese and Indian officials after the Doklam standoff in the Sikkim sector, Wang said: “The Chinese dragon and the Indian elephant must not fight each other but dance with each other. If China and India are united, one plus one will not only include two but also 11.”

Wang and Chinese state councilor Yang Jiechi had visited India in December, in the backdrop of the post-Doklam meeting between Prime Minister Narendra Modi and Chinese President Xi Jinping on the sidelines of the September summit of the BRICS countries in the Chinese coastal city of Xiamen. Foreign Secretary Vijay Gokhale had visited China last month for talks with top officials.

Not even Himalayas can stop us:

“With political trust, not even the Himalayas can stop us from friendly exchanges. Without it, not even level land can bring us together.”

Wang underscored the urgency of Beijing’s readiness to befriend India. “Let me put this to our Indian friends: our shared understandings far outstrip our differences. Our interests far outweigh the frictions. China is ready and willing... ready to inherit and take forward traditional friendship, and be a friend and partner of the Indian people,” he observed.

“I hope the two sides will be free from mental inhibitions and meet each other halfway. Let us replace suspicion with trust, manage differences with dialogue and build a future with cooperation.” Wang dismissed the “Indo-Pacific” strategy, which included the formation of the quad grouping of India, Japan, Australia and the US as “froth in the Pacific and Indian Oceans”.

“They get some attention but may soon dissipate. Contrary to the claims made by some academics and media outlets, that the Indo-Pacific strategy aims to contain China, the four countries’ official position is that it targets no one. I hope they mean what they say, and their action will match their rhetoric.”

Wang asserted, “a new cold war is out of sync with the times, and inciting bloc confrontation will find no market.”

BEIJING - China lifted 37,000 people above the poverty line every day in the past five years in what is being described ...