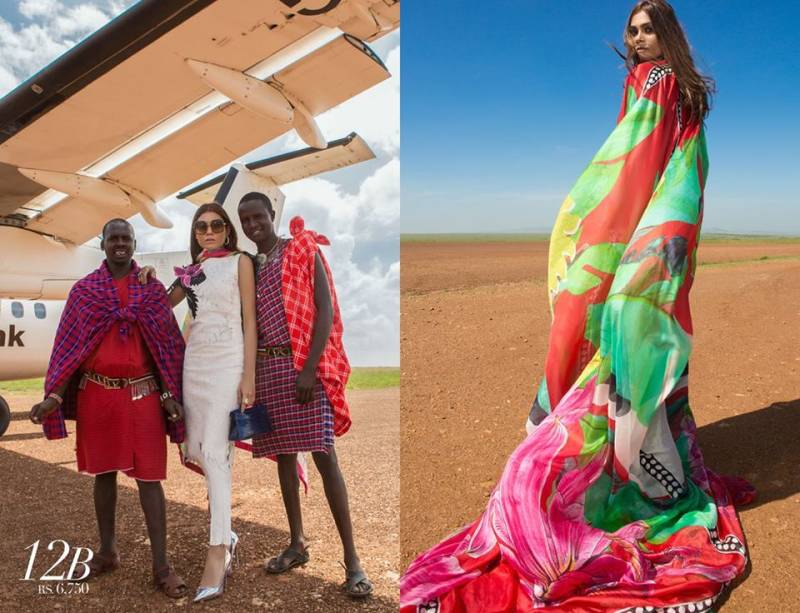 When we hear the name Sana-Safinaz the first thought we get is pretty lawn ke joray, but then we think of that other more important thought - the price I’ll pay for this could be a whole 7 course meal!

I know I'm not the only one who thinks this, so don’t pretend like it's okay for you to spend so much on a suit that you'll wear 3-4 times and then it becomes last year’s print - in which you wouldn't be caught dead in the next year.

Sana-Safinaz have not only affected what our society chooses to wear but also WHO wears it. Anyone with a budget limit will think twice before purchasing 2-3 suits and then she'll be done for the month - live on tea and cake rusk and wait for your committee party to bless you with moolah, because you couldn't resist that bright coloured ice gola Sana Safinaz made.

So their new ad campaign features the 'backdrop of the magical Masai Mara'.

First of all, this image reminds me of Amna Aqeel's shoot that was the most bizarre thing I had EVER seen from a Pakistani designer. 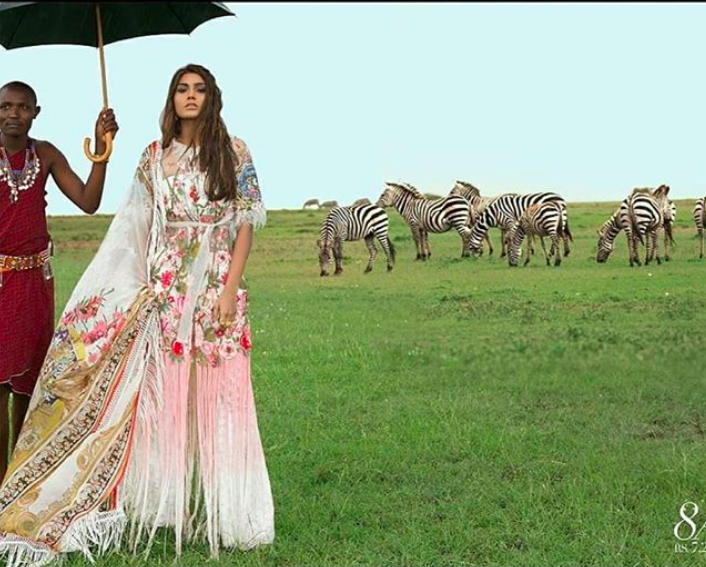 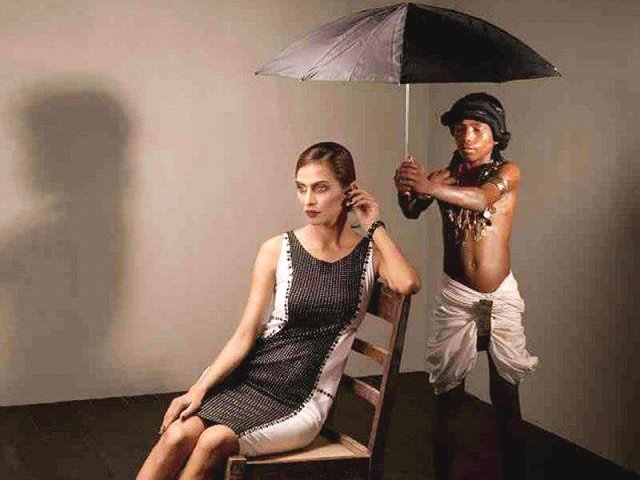 Are we really going to do this people?! The images speak volumes.

Add a native African man, five thirsty ostrich and boom, you have to have their lawn!

The men in the background are LITERALLY in the background - as if they're accessories to the fine, elite ladies in the front. I don't want to go all Illuminati on this, but if I wanted to see them, their cultural dress, I can't. Not ONE man is clearly visible - they even wrote over their faces!

In the above post: Two native African respectable men, standing next to overpriced clothing. It's one thing to be in African wilderness and capture the true essence of being a woman in the 21st Century - and it's another to use derogatory images to promote elitism. That too, in a country that is currently stuck in the 'rich getting richer and poor becoming poorer' cycle.

This suit worth Rs. 6750 is advertised by using the gentleman on the left as a literal prop. He probably didn't even get a free suit!

This was pretty much enough, promise.

Pakistan would have never boiled over the internet if they would have just added some pretty giraffes - if they HAD to go to Africa to add the 'wild' element.

The last time Sana Safinaz were spotted doing shady business was with their koolie shoot in 2012. Same story, same idea, different people. And unlike the new one, this one was closer to home and hurt more - to see the clash of poverty and the ultra-rich elites hidden behind the perfect facade of a lawn advertisement:

Opinions are subjective and and cannot be silenced, and advertisements are naturally presented to the masses who judge - that’s what companies and retailers put them on those huge billboards for, to attract attention. It's one thing to be different and unique but this was a whole other story. In short, a disaster.

#SanaSafinaz learned nothing from their infamous 'coolie' ad campaign a few years ago. Now they're at it again appropriating African culture and using black people as props. Apparently #racism sells! @sanasafinazoff pic.twitter.com/UDofKaWsiz

There is no excuse in this day and age to be this ignorant, offensive and insensitive. https://t.co/ISCNO3bVPN

It's not cool to use black slaves concept to promote your lawn. What were you thinking? This is culturally offensive. pic.twitter.com/1B2eTF89bx

#SanaSafinaz using African culture as subservient props for a shoot is exactly why I'm not buying their lawn this time! This isn't the first time this brand decided to appropriate a group of people who are often referred as disadvantaged #BoycottSanaSafinaz @sanasafinazoff https://t.co/Vpkl0wvwq2

Promoting racism or a lawn suit?

Ah, the season of lawn is here. Brand overcharging for their bloody names - repetition of designs again and oh, let's not ignore Sana Safinaz stooping to another level by depicting racism in their photoshoot.
Creativity level? Z E R O.