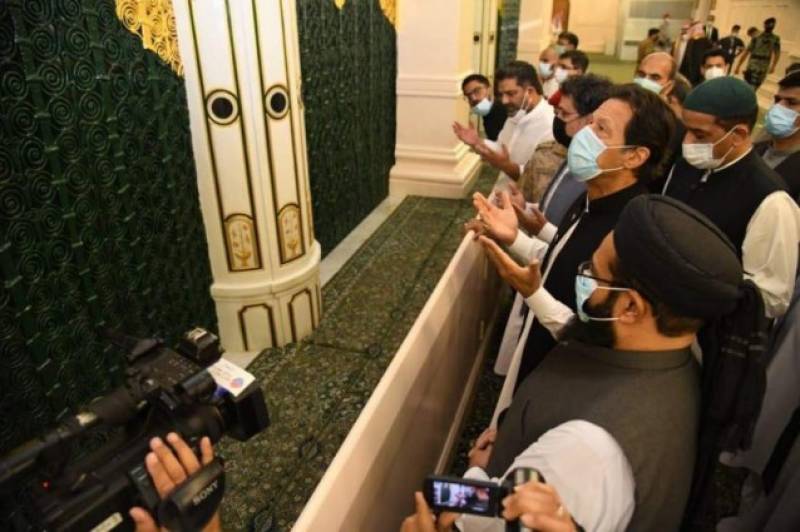 JEDDAH – Prime Minister Imran Khan on Saturday paid his respects at Roza-e-Rasool (Peace be Upon Him) in the holy city of Madina Munawara.

Earlier, upon his arrival in the Holy City, the prime minister was received by Governor of Madina Munawara Prince Faisal bin Salman.

Special Assistant to the PM on Political Communication Dr Shahbaz Gill and SAPM on Interfaith Harmony Tahir Ashrafi are also part of the PM's delegation.