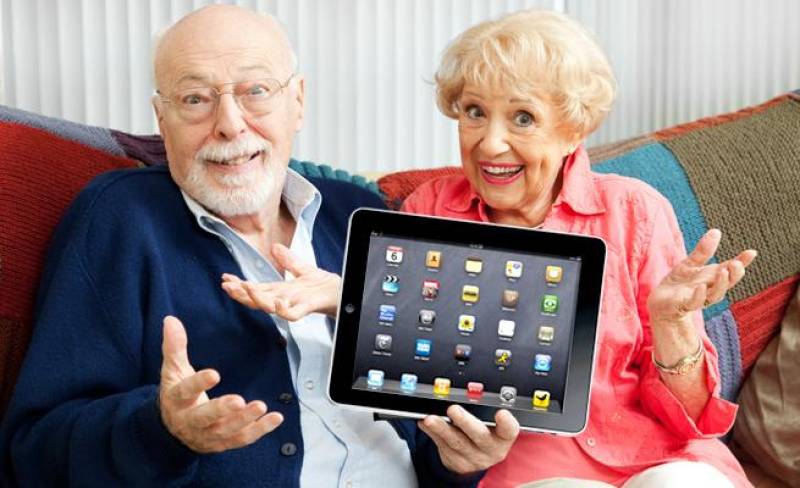 NEW YORK (Web Desk) - If you thought old people don't "get" social media, you may want to think again.

According to a report by Pew Research Center last month, 35% of all adults aged 65 and older said they're on social media. That's more than triple what was reported in 2010, when only 11% said they were social media users.

That still vastly lags behind young adults (ages 18 to 29), who said 90% are on social media, but it's a dramatic improvement from 2005, when only 2% of adults 65 and over said they used social media of any form. 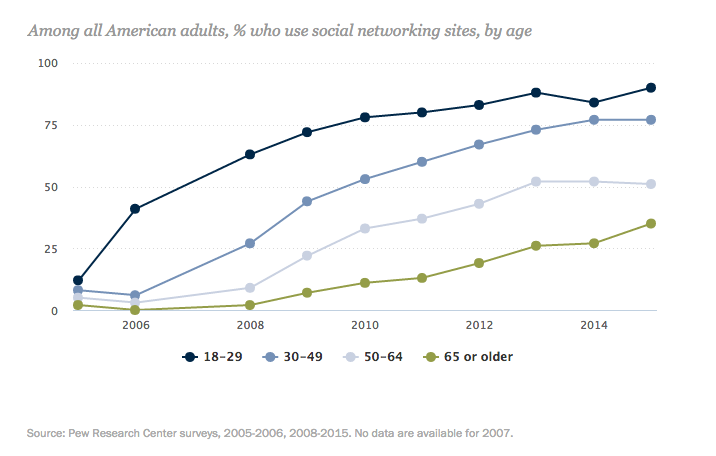 The report didn't explain why the sudden jump was happening, but some of the reasons it cited in its previous reports include: reconnecting with old friends, reaching out for chronic disease support, and simply a way to bridge generational gaps.

The report was based on 27 surveys and 62,000 interviews conducted by Pew Research Center from March 2005 to July 2015. You can read the full report here.