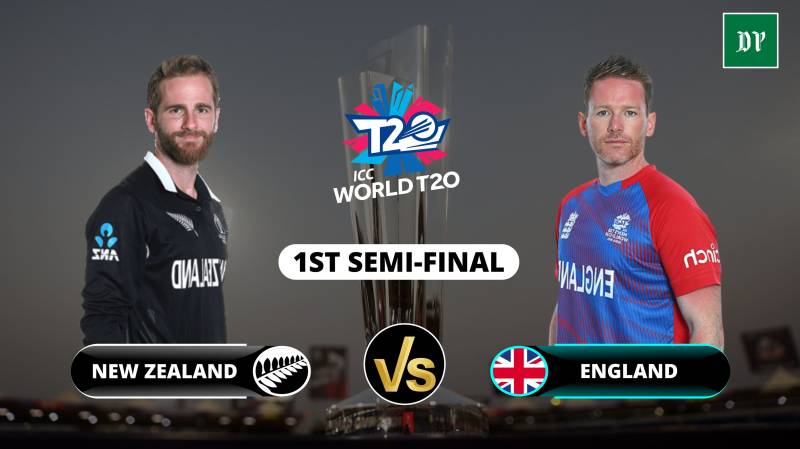 ABU DHABI – New Zealand Wednesday made it to the final of the ICC Men’s T20 World Cup 2021 after a thrilling five-wicket win over England in the semi-final played in Abu Dhabi.

Kiwis opener Daryl Mitchell’s unbeaten 72 helped the team to achieve the target of 167 runs in 19 overs, proving all the polls, which were predicting England’s win, wrong.

He was supported by Devon Conway with 46 runs before he was removed by Llam Livingstone. Neesham made 27 runs, playing a key role in the crucial victory.

Earlier, New Zealand won the toss and elected to bowl first against England.

Dawid Malan and Moeen Ali helped England rebuild after the early loss of their openers and set a target of 167 runs for the Black Caps.

Ali scored unbeaten 51 while Malan made 41 before he was removed by Tim Southee. Jos Buttler could score 29 runs.

Before making to the Semi-final round, Kiwis bounced back after a loss to Pakistan to win four games in a row. They have been consistent throughout the Super 12, turning the pressure on their opponents as needed. Their bowlers, led by Trent Boult and Tim Southee have been excellent, while Martin Guptill played one of the knocks of the tournament so far.

SHARJAH – England qualified for the semi-finals despite failing to chase down a mammoth target of 190 against ...