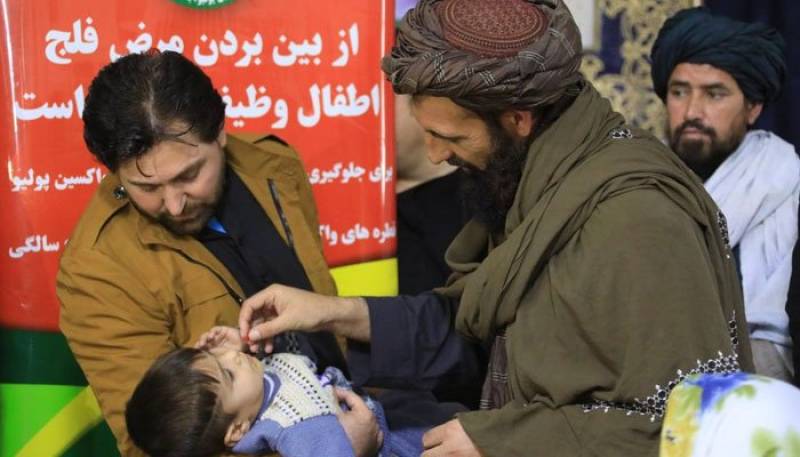 The World Health Organization (WHO) and the United Nations Children's Fund (UNICEF) have launched a nationwide polio vaccination drive in Afghanistan with the backing of the Taliban rulers of the country.

Polio can cause paralysis of the limbs and death. Young children in particular are susceptible to the infectious disease. But polio is preventable through vaccination.

Afghanistan and neighbouring Pakistan are the only countries in the world where polio has yet to be eradicated.

The four-day vaccination campaign began in Afghanistan on Monday. In Kabul, health workers were seen visiting homes of children to give them the vaccine.

The Taliban in the past have claimed vaccinations were part of a Western plot. But this time, the Taliban leadership expressed support for the resumption of the vaccination programme. It has pledged to have its fighters accompany workers in some areas to ensure safety.

A female worker expressed hopes of completing the drive within the designated time-frame, as the campaign is being supported by the Taliban.

The Taliban-run health ministry says 68,000 workers are going door-to-door with the aim of carrying out the vaccination of 3.3 million children.