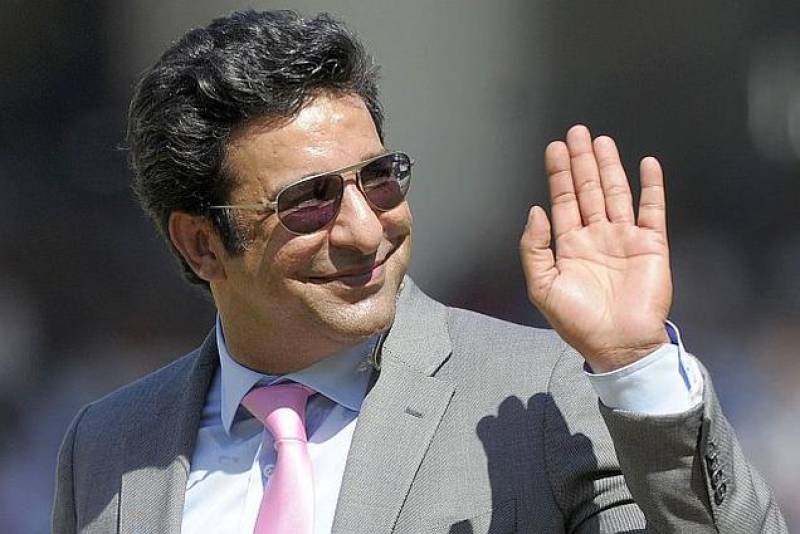 LAHORE (Web Desk) - Former Pakistan captain, and the Sultan of Swing, Wasim Akram, after having a successful career in cricket field and then in commentary, has debuted in ‘dubsmash’ with colours.

Wasim Akram on Thursday along with TV host Jatin Sapru, recorded his first ever dubmash video which was soon uploaded by Jatin on his twitter account.

While the rain stopped play at Eden Gardens, Calcutta, Wasim Akram decided fighting the boredom by subsmashing the famous Amitabh Bachan dialogue from the movie ‘Agneepath’.

Pakistani players have dubsmashed many of them before and all of them have created buzz on social media, and so did this. Former Pakistan captain Shoaib Malik and opener Ahmed Shehzad are known for their dubsmashes.