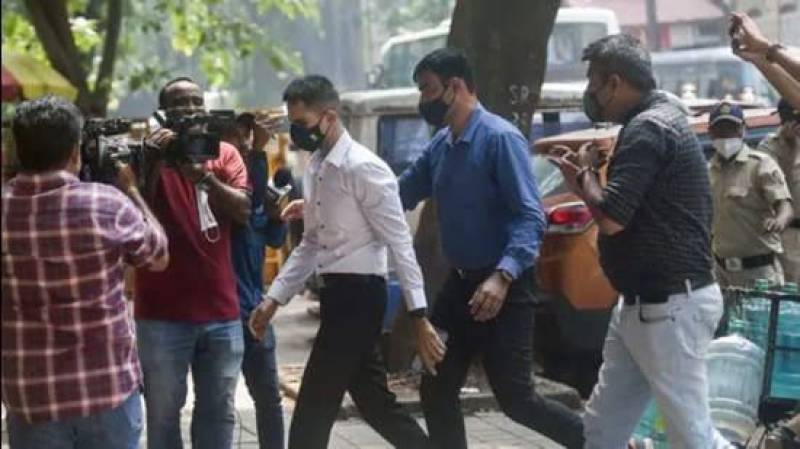 MUMBAI – Amid the continuous swoop of the Narcotics Control Bureau (NCB) on B. Town personalities, the anti-drugs agency conducted raids on the residence and office of Bollywood producer Imtiyaz Khatri in connection with the rave party.

Khatri's name surfaced during the probe of Achit Kumar, who was detained earlier this week after a small quantity of cannabis, was seized from his possession. Moreover, NCB officials have also ordered Imtiaz Khatri to appear in the office on Saturday.

Superstar Shah Rukh Khan's son Aryan is also one of the accused in the following case. During the raid on the cruise, the agency recovered 13 grams of cocaine, 21 grams of charas, 22 pills of MDMA, 5 grams of MD, and ₹ 1.33 lakh in cash.

Earlier, a local court rejected the bail plea of King Khan’s son, other than Arbaaz Merchant and Munmun Dhamecha in the case related to the seizure of drugs following a raid at a party on a cruise ship off the Mumbai coast last Saturday, October 2.

Young Khan was detained by India's Narcotics Control Bureau (NCB) for alleged possession of banned drugs and substance abuse onboard a cruise ship in Mumbai and later arrested.

NCB officials claimed that the prosecution will take the high-profile case to a logical conclusion.

On the other hand, the wife of top NCB official, Sameer Wankhede, revealed the difficulties her family is facing while the husband is working on the case of Bollywood stars' son.

“There are so many threats and it’s very risky. So, we only step out during our work. We can’t even move out freely with our children, it is really scary. I think this is a part and parcel of this job. But I am very proud of him,” she told an Indian news outlet.

Aryan Khan, son of Bollywood's superstar Shah Rukh Khan, has confessed to taking drugs for four years before the ...