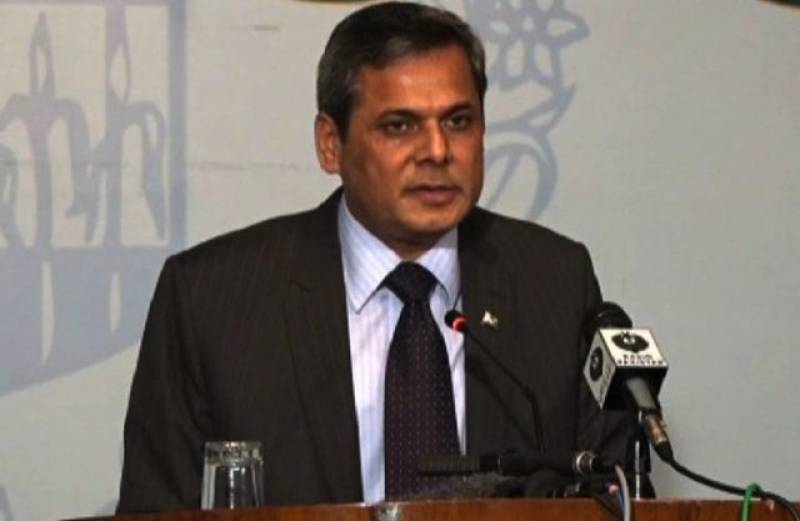 ISLAMABAD (Web Desk/APP) - India is financing terrorism in Pakistan and “open evidences” are available on its involvement in subversive activities in the country, the Foreign Office said on Thursday.

In response to Narendra Modi’s recent criticism at G20 Summit in which the Indian premier said Pakistan was “one single nation” which was involved in fomenting terror in South Asia, FO spokesperson Nafees Zakaria said “India was in fact that single nation”.

“The confessional statement made by India’s premier intelligence agency Research & Analysis Wing’s officer Kulbhushan Yadav had made it clear which country was in fact spreading terrorism,” the spokesperson said at a weekly press briefing in Islamabad.

Replying to a question whether Prime Minister Nawaz Sharif will raise the issue of Yadav’s arrest at the upcoming UN General Assembly session, Zakaria said: “The issue of Indian involvement would definitely be highlighted will be raised because of its direct links with incidents of terrorism in Pakistan.”

The FO’s statement came hours after Foreign Secretary Aizaz Ahmad Chaudhry said Pakistan is a responsible nuclear state and its nuclear assets are safe from terrorists.

“Pakistan’s nuclear assets are safe and regularised by an autonomous body which is the Pakistan Nuclear Regulatory Authority,” Chaudhry said while addressing a conference titled Assessing South Asia’s Nuclear Security organised by the Centre for International Strategic Studies (CISS) in Islamabad.

Earlier during the day, Modi launched a second attack on Islamabad within two days as he sought a coordinated response from the Association of Southeast Asian Nations (ASEAN)-member nations to combat menace of “export of terror” in the region in an apparent reference to Pakistan.

“Export of terror, growing radicalisation and spread of extreme violence are common security threats to our societies,” the Indian premier said while addressing the 14th ASEAN-India summit in Vientiane, Laos on Thursday.

In a veiled attack on Islamabad at G20 summit in China’s Hangzhou on Monday the Indian prime minister declared Pakistan the “one single nation” responsible of fomenting terror in the region.

Modi’s remarks at the summit were shared by India’s Ministry of External Affairs Spokesperson Vikas Sarup on Twitter. “Indeed, one single nation in South Asia is spreading these agents of terror in the countries of our region,” Modi reportedly remarked.

Relations between the arch-rivals have worsened since the killing of HuM commander Burhan Wani in a shootout in Indian-held Kashmir on July 8. Wani’s killing sparked mass protests, leaving at least 70 protesters dead and hundreds injured.