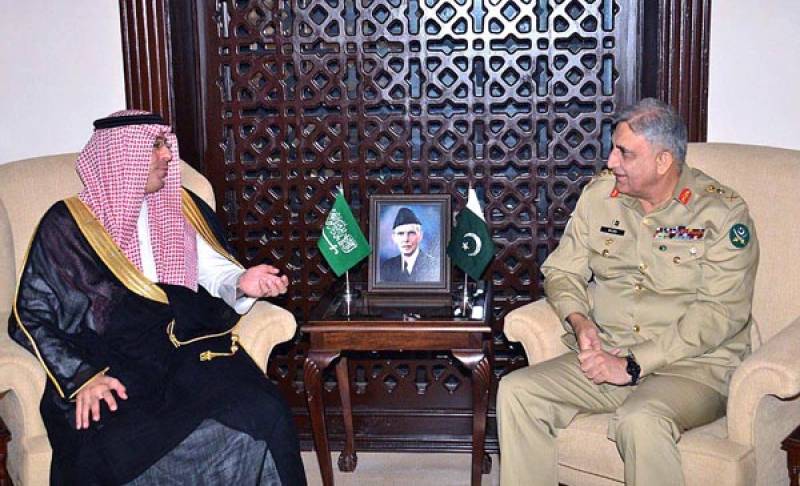 Matters of mutual interest were discussed during the meeting, said a statement issued here by Inter-Services Public Relations (ISPR). The visiting dignitary lauded the strong and brotherly bilateral ties between the two countries. He also reaffirmed KSA’s full support to Pakistan in its efforts towards peace and stability.

The meeting was attended by Saudi Ambassador to the Islamic Republic of Pakistan Nawaf bin Saeed Al-Malki.