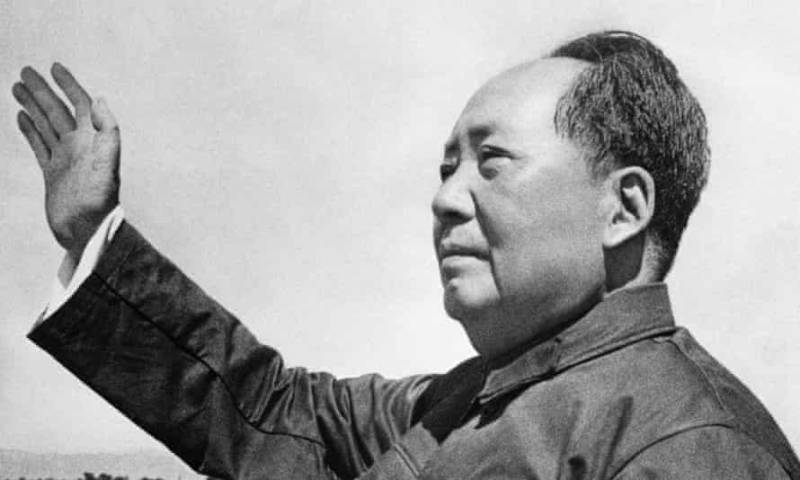 Mao Zedong, one of the most significant communist figures of the Cold War, who led the Chinese people through a long revolution and then ruled the nation’s communist government from its establishment in 1949, passed away on this day 45 years ago.

He was born on 26 December 1893 into a peasant family in Shaoshan, in Hunan province, central China. After training as a teacher, he travelled to Beijing where he worked in the University Library, where he studied Marxist literature.

In 1921, he became a founder member of the Chinese Communist Party (CCP) and set up a branch in Hunan. In 1935, Mao took control of the CCP.

On the verge of defeat by Chinese Nationalist forces, the CCP came under scathing attack by Mao for its lack of revolutionary zeal and poor military strategy. Desperate, a majority of the CCP members relinquished control to Mao. Throughout the 1930s and into World War II, Mao’s forces continued their attacks on the Chinese government. They were ultimately victorious in 1949, and Mao secured the mandate as the founder of the Red Army and the People’s Republic China (PRC).

In 1950, he sent hundreds of thousands of Chinese troops into North Korea to battle US troops during the Korean War. For nearly three years the war raged, ending with a cease-fire in 1953. In the late 1950s, Mao began to withdraw from an active role in the Chinese government.

In the mid-1960s, he led the “Cultural Revolution” that amounted to calls from Mao and his supporters for greater dedication to the true ideals of communism and increasingly verbal attacks against both the Soviet Union (because of its “revisionist” tendencies) and the “imperialism aggression” of the United States.

According to History.com, thousands of Chinese were killed or imprisoned by Mao’s young supporters, called the Red Guards.

By the late 1960s, Mao came to see the Soviet Union as a more dangerous threat to China than the United States. He therefore sought closer relations with the Americans, hoping to use them as allies in his battle with the Soviets. Mao’s efforts resulted in a dramatic change in relations between the US and China, climaxing in President Richard Nixon’s historic visit to China in 1972.

BEIJING – China has decided to incorporate the political ideology of Chinese President Xi Jinping in its national ...