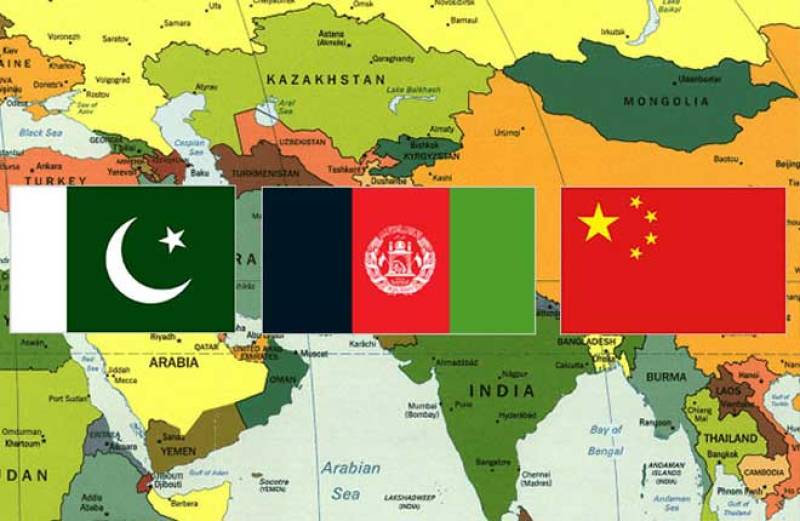 BEIJING - The China-Pakistan Economic Corridor (CPEC) -- the flagship project of China’s ambitious Belt and Road Initiative (BRI) -- is being extended to Afghanistan, a report said on Monday.

The BRI has injected “fresh vitality” to Asia’s economic cooperation and helped the continent to reshape its international relations, said the Asian Competitiveness Annual Report 2018 released in Beijing on the sidelines of China’s Boao Forum for Asia (BFA) annual conference.

China had unveiled in December its plans to extend the $50 billion CPEC to Afghanistan, which has sparked concerns in India.

Chinese Foreign Minister Wang Yi, during his meeting with his Pakistan and Afghan counterparts, had offered to extend CPEC to Afghanistan.

“China and Pakistan are willing to look at with Afghanistan, on the basis of win-win, mutually beneficial principles, using an appropriate means to extend the China-Pakistan Economic Corridor to Afghanistan,” Wang had said at the trilateral foreign ministers’ meeting.

The BFA was formed by China in 2001 on the lines of the World Economic Forum (WEF) in Davos and holds its meeting every year.

This year’s forum to be held till April 11 has opened on Sunday in Boao, a coastal town in the southern island province of Hainan. President Xi Jinping is due to address the conference.

“China-Pakistan Economic Corridor (CPEC), a flagship project under the Belt and Road Initiative, has not only improved local infrastructure but also is extending toward Afghanistan, reducing poverty, the hotbed of terrorism, and bringing better prospects for local people’s lives,” state-run Xinhua news agency quoted the report as saying.

The multi-billion-dollar BRI, the pet project of Xi has become a major stumbling block in India-China relations as CPEC has been listed as its “flagship project”.

Abbasi's "visit is an important step for improving the relations between the two countries. It demonstrates firm resolution of the two countries to enhance dialogue and cooperation," Chinese Foreign Ministry spokesman Geng Shuang told a media briefing here on Monday.

He said China welcomed the fence-mending visit of Pakistan Prime Minister Shahid Khaqan Abbasi to Afghanistan, terming it as an "important step" to improve the strained ties between the two neighbours.

China is promoting a trilateral approach with Pakistan and Afghanistan and encouraging both of them to bury their differences over the Taliban as it seeks to connect its ambitious China-Pakistan Economic Corridor (CPEC) with Kabul.

Geng said that China noticed that the two countries reached a consensus on the Afghan peace process.

"China highly appreciates and firmly supports it (Abbasi's visit). This is conducive to the early achievement of peace in Afghanistan and also conducive peace and development," he said.