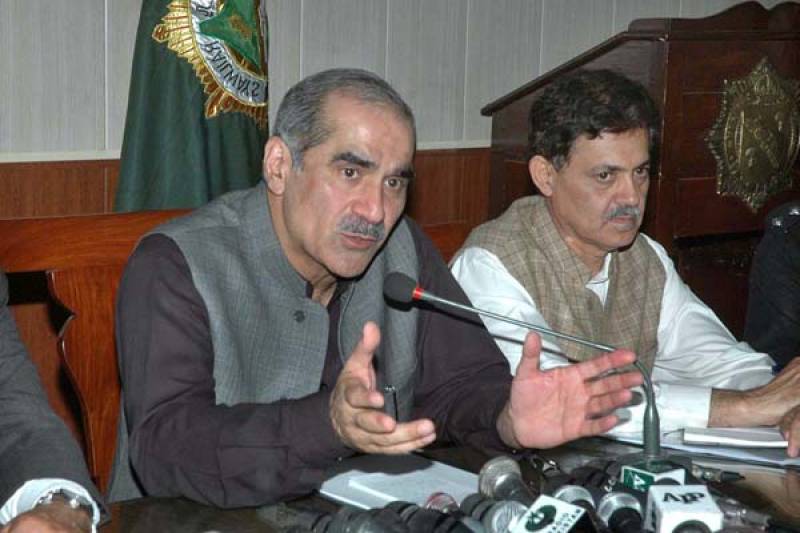 KARACHI - Discussions were held with the Chief Minister of Sindh for the revival of the Karachi Circular Railway (KCR) and making it a part of the China-Pakistan Economic Corridor (CPEC).

This was revealed by the Minister for Railways, Khawaja Saad Rafiq, here on Friday.

He was addressing a press conference at the office of Divisional Superintendent (DS) Railways Karachi Nasir Nazir. The Chief Executive Officer, Muhammad Anwar, was also present.

Khawaja Saad Rafiq said that the Chief Minister of Sindh, Syed Murad Ali Shah, was taking a special interest in the revival of the KCR which will help provide excellent travel facilities in the metropolis.

The Railways Minister pointed out that he had met with Syed Murad Ali Shah and got the impression that the Government of Sindh was serious for the revival of KCR.

He said he had positive talks with the Chief Minister also regarding the shifting of those residing along the route of the KCR under one window operation.

Khawaja Saad Rafiq pointed out that joint team of Pakistan Railways and Government of Sindh would determine the modus operandi. From the railway's side, the DS, Chief Engineer and the chief marketing officer would be the part of this team.

He stated that Pakistan Railways would provide complete technical assistance.

The Minister said he also discussed with the Chief Minister for developing green belt on either side of the railway tract in Karachi and rest of Sindh.

He informed that Pakistan Express train would be upgraded by March next year which would provide better travel facilities to thousands of passengers between Karachi and Rawalpindi.

Khawaja Saad Rafiq said that feasibility report has been prepared regarding laying of double-track between Karachi and Peshawar and the design has also been prepared and tender would be issued soon.

He revealed that a five-year plan is being worked out for the betterment of railways.

The Minister also informed that for transportation of coal, a service would be initiated from Karachi to Sahiwal from January next year and there would be an income of six to eight billion of rupees to the national exchequer from the Sahiwal Power Plant.

He said that the revenue of Pakistan Railways was 18 billion rupees in 2013 which was increased to Rs. 36 billion in the current year and that there is a move to enhance it further to Rs. 40 billion by 2017.