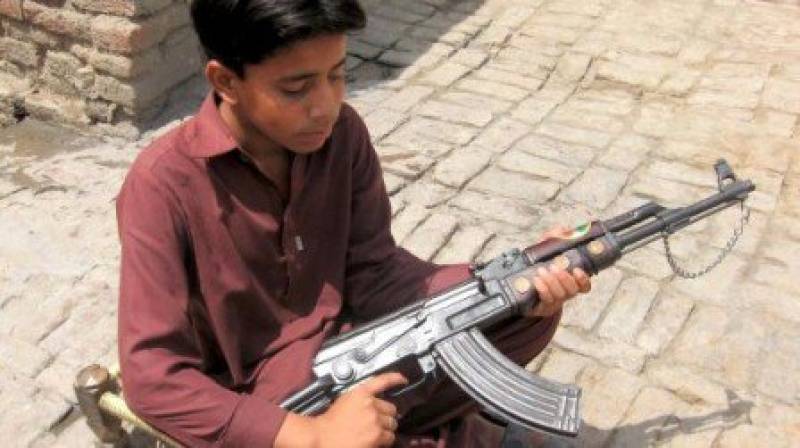 KARACHI - Data collected by a non-governmental organization (NGO) paints a negative picture of Sindh, a province in the southeast of Pakistan, revealing the massive violent tribal clashes in various districts.

Bhittai Social Watch and Advocacy (BSWA), a Khairpur Mirs-based NGO, documented all tribal clashes reported in Sindhi newspapers between 2010 to 2014.

The five-year data showed that a total of 1,566 clashes were reported in 22 districts, during which 2,301 persons, including 160 women and 45 children, were killed and 3,697 injured, said an article published on TNS.

It shows that on average 313 conflicts and 460 killings were reported per year, while there were also cases not reported by the newspapers.

To verify the claims of reduction in the clashes, a Sindhi newspaper named Kawish collected the data of the cases reported by the media during October-November 2018.

As per a quick scan, 69 tribal conflicts were reported during the two months from 18 districts. Khairpur topped the list again with 12 cases. “Extrapolating this finding, one can assume that the average number of conflicts per year remains almost the same as observed in 2010-2014 by the BSWA data,” it added.

The tribal trouble, according to BSWA’s 2012 study, had negatively impacted the economy, sociology and culture of the areas. Children and women have been worst affected by these conflicts.

Education was also badly affected in these districts, particularly in District Khairpur where 88 schools were shut down in the conflict-stricken areas.

In Ghotki some 35 schools were reported as affected while in Kashmore and Shikarpur districts education in 30 schools was closed.

The study found various economic, social, political and cultural reasons behind these conflicts. Some reasons are severe such as land disputes, damages to crop, theft of livestock, adultery and dispute over money lending.

But many locals believe that the intersection between feudal, cultural and political patronage is among the key reasons behind these clashes.

“During the research, participants had argued that politicians, who in many cases also happen to be feudal or vice-a-versa, put their weight behind tribes supporting them. Due to such phenomenon, police also shy away from taking legal actions in many cases. Some police officials had accepted this bitter reality in the research study by BSWA while Anatol Lieven has also quoted a police officer making a similar claim about their limitations to take actions against tribal conflicts”.

A weak judicial system is also caused more complications in the area. Many people prefer Jirga over the judicial system to resolve their cases. The 2010-2014 BSWA data showed 765 of the reported conflicts were resolved through Jirgas.