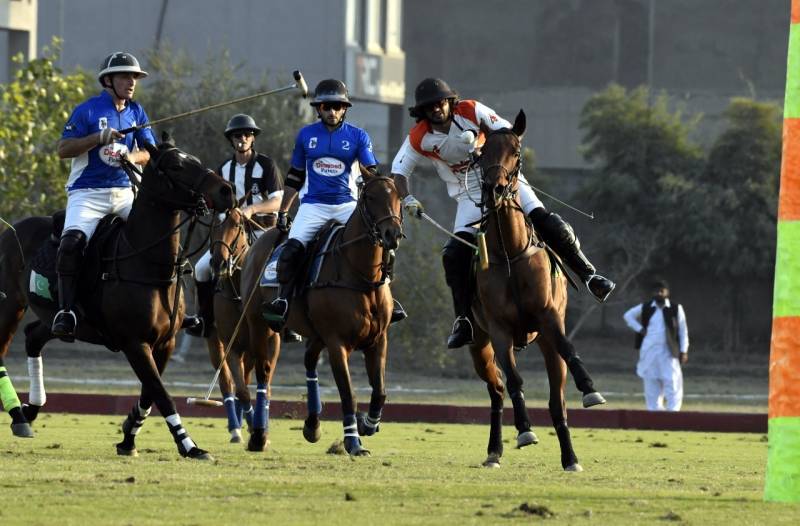 In the first semi-final of the day, Master Paints Black beat FG/Din Polo by 8-7½. Manuel Carranza was the hero from the winning side as he contributed with superb six goals while substitute player Agha Musa Ali Khan banged in a brace. Tomas Marin Moreno smashed in six goals and Farhad Shaikh converted one for FG/Din Polo, which had a half goal handicap advantage.

The second semi-final of the day also proved a thriller where Remington Pharma edged past Diamond Paints/Sheikhoo Steel by 6½-6. Hamza Mawaz Khan emerged as hero with fabulous four goals while Ahmed Zubair Butt and Ahmed Bilal Riaz struck one each. From the losing side, Nicolas Antinori pumped in five goals and Mir Huzaifa Ahmed struck one.