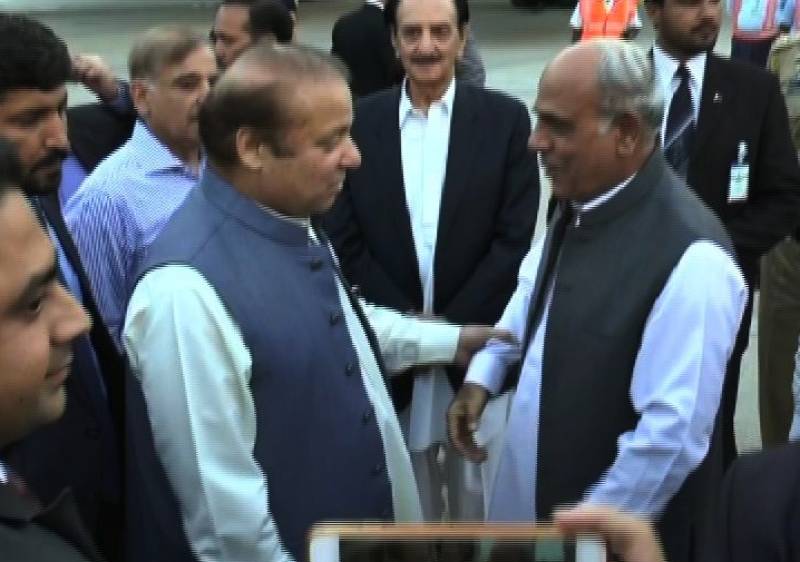 ISLAMABAD - Prime Minister Muhammad Nawaz Sharif on Saturday said that the government was committed to its growth agenda and sit-ins were no solution to the troubles of the nation.

The prime minister was talking to anchors of private TV channels during a brief, informal chat after landing at Allama Iqbal International Airport along with spouse Kulsoom Nawaz. He was being greeted at the airport by media persons, dignitaries and party workers after spending over 6 weeks in London to undergo heart surgery and recuperate from the procedure.

To a question, the prime minister said that he had been performing his duties while in London, where he had set up a camp office, and had returned home with a fresh heart.

The prime minister moved to London on May 22 and underwent an open heart surgery on May 31. He was released from the hospital on June 6 but he remained in London until doctors green-lighted his air travel.