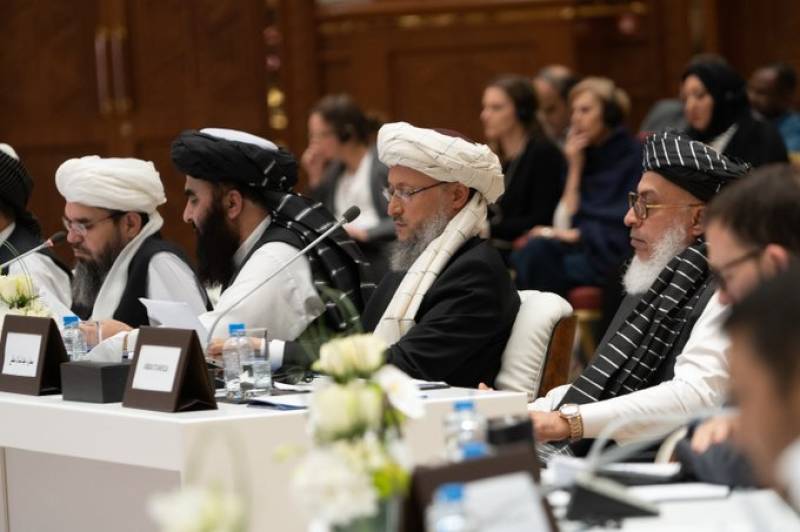 According to a joint statement, the Taliban agreed to reduce the number of civilian casualties in its offensive against Afghanistan's central government.

The statement urge the Organization of Islamic Cooperation, the United Nations, the European Union and Afghanistan’s neighbouring countries to approve and support the joint resolution of the Intra-Afghan Dialogue Conference on Peace in Doha.

The agreement came in the form of a resolution prepared by a committee of six members from Kabul and three members from the Taliban.

Meanwhile, the United States and Taliban will resume talks in Qatar today to establish peace in Afghanistan.

According to officials, the United States and the Taliban are getting closer to a deal that is expected to be based on a U.S. promise to withdraw troops in exchange for a Taliban promise not to let Afghanistan be used as a base for terrorism.

Meanwhile, US Special Representative for Afghanistan Reconciliation Zalmay Khalilzad in a tweet said that he held a meeting with Taliban today to discuss peace process.

Zalmay said that he is now going to Beijing to hold talks with Chinese officials and after then he will return to Washington D.C to report and consult US officials on Afghan peace process.

An army spokesman Abdul Hadi Jamal said on Monday that a bunch of 40 security personnel, mostly policemen have reached Shiberghan.

This was the second group of Afghan security personnel released in Jawzjan province over the past week.

The Afghan government has also declared the release of some 900 Taliban languishing in prisons as a good will gesture to accelerate the ongoing peace process.