Govt to put names of 'blasphemers' on ECL: Nisar 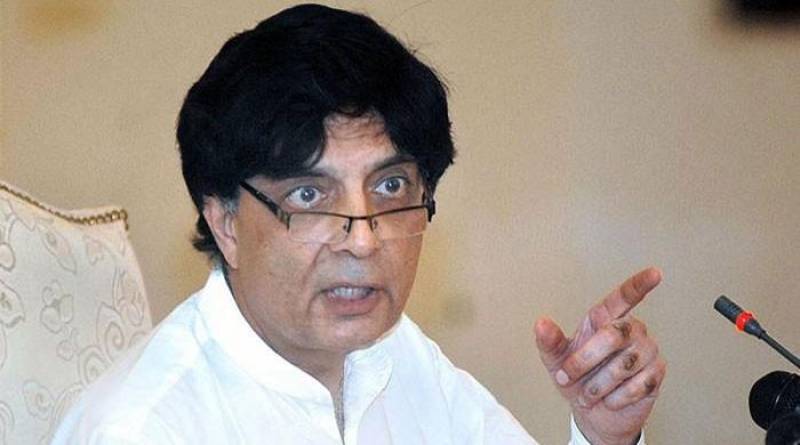 ISLAMABAD - The government said on Thursday that it would go to any extent to prevent publication of blasphemous content on the Internet, after a Pakistani court ordered the government to open investigation into online blasphemy.

The issue came to the fore in January, when five activists were reported missing. Four of the missing activists were returned to their families weeks later, but not before they were tarnished by a virulent campaign to paint them as 'enemies of Islam'.

On Wednesday the Islamabad High Court (IHC) ordered the government to block blasphemous content from social media, directing authorities to put names of the blasphemers on the Exit Control List (ECL).

IHC Judge Shaukat Aziz Siddiqui said, "All of us have to collectively eliminate this evil. Even if we cannot stop this around the world, but in Pakistan we can make sure that no one dare disrespect our sacred personalities of Islam."

He also directed PTA chairman to form a cell that might identify pages containing blasphemous material.

Interior Minister Chaudhry Nisar Ali Khan Thursday chaired a high-level meeting here, which held a detailed review of publication of blasphemous content on social media. He urged all social media operators to cooperate with the government on the issue.

"We will go to any extent (including) permanently blocking all such social media websites if they refuse to cooperate," Nisar said in a statement.

No country can allow religious sentiments to be hurt or top state functionaries to be subjected to ridicule under what the minister described as "the pretext of freedom of expression."