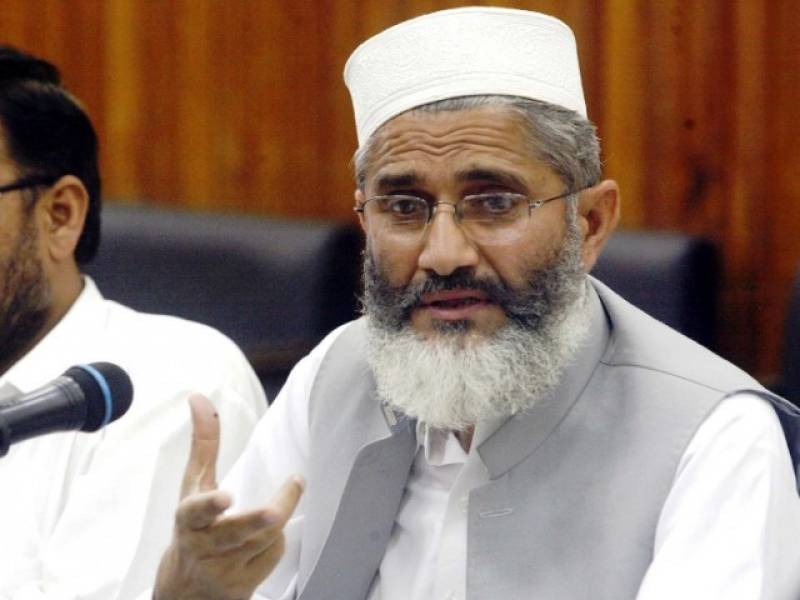 ISLAMABAD (Staff Report) – Jamaat-e-Islami (JI) has announced to launch a ‘train march’ from Khyber to Karachi to raise awareness among people regarding corruption.

While addressing a press conference after the conclusion of JI’s meeting in Islamabad, JI Ameer Sirajul Haq on Monday said the party would introduce a bill in the Parliament against corruption and called on the National Accountability Bureau (NAB) to prosecute all culprits.

Siraj said that the train march, beginning on May 23, would aim to create awareness against corruption among the people of Pakistan. He added that every child in the country was indebted to the International Monetary Fund (IMF) because of corrupt leaders.

“Some families are sucking blood similar to the East-India Company while occupying public and political posts”, he said.