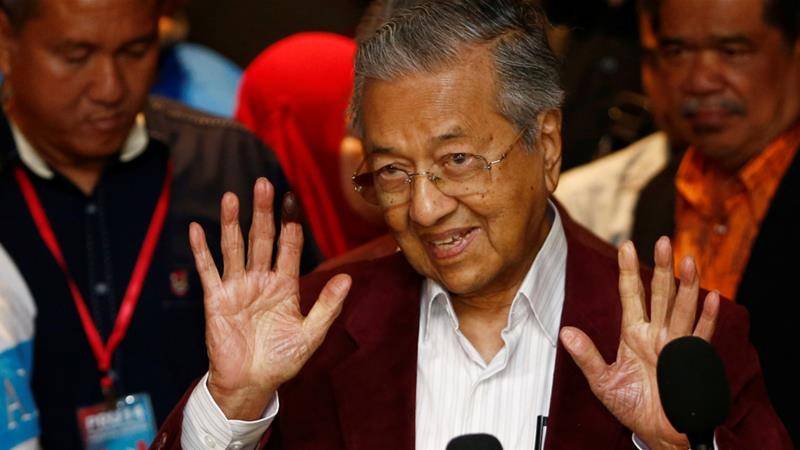 The country's opposition alliance led by Dr Mahathir won a majority in parliament, ending the 60-year rule of the National Front.

The Election Commission said official results had the opposition so far winning 113 seats out of 222. The Barisan Nasional (BN), or National Front, has so far won 79.

Dr Mahathir's stunning defeat of the ruling coalition means that at the age of 92, he will become the oldest elected leader in the world.

He emerged from retirement and joined the opposition after being angered by an epic corruption scandal involving Prime Minister Najib Razak.

In a televised address, he said a representative of Malaysia's constitutional monarchy had contacted the opposition to acknowledge its victory, and that a prime minister would be sworn in within a day.

Dr Mahathir was credited with modernising Malaysia during his time as leader but was also known for his heavy-handed approach, which saw opponents imprisoned and courts subjugated.

Remarkably robust for 92, he pledged the new government would not seek "revenge" against political opponents.

It would, however, seek to restore the rule of law and prosecute those who had breached it, he said.