PAKvZIM – Pakistan on verge of whitewashing Zimbabwe in Test series 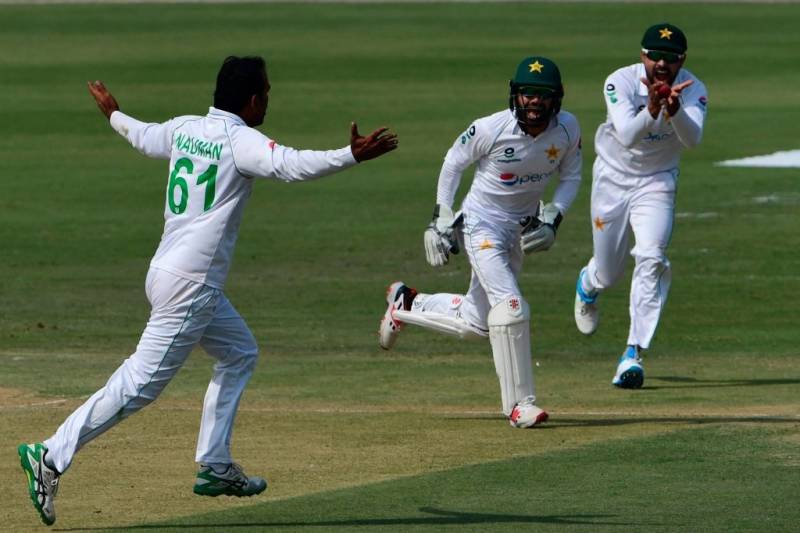 HARARE – Bad light stopped Pakistan when they were just one wicket away from a second successive innings win against Zimbabwe on Sunday.

After a fighting innings by Regis Chakabva on the third day of the second and final Test at Harare Sports Club, Zimbabwe were 220 for 9 in their follow-on innings at the close play, 158 runs short of making Pakistan bat again.

Left-arm spinner Nauman Ali, who took five wickets for 86 in the second innings, said, "It would be a great win for us tomorrow as we will end both tours with wins in all series."

Another successful day for Pakistan as they are now a wicket away from their second win by an innings margin. Hasan Ali records his career-best figures in an innings and Nauman Ali took second Test five-fer.

Pakistan won two Test series in South Africa before winning a Twenty20 series in Zimbabwe ahead of the Test matches.

Wicketkeeper Chakabva scored 80 runs as Zimbabwe made their highest total of a series in which they have been defeated hands down. The wicketkeeper-batsman followed up his top score of 33 in the first innings by making his team's only half-century in the two Test matches. However, his dismissal started a collapse in which six wickets fell for 35 runs.

Chikabva said, "It's a very disappointing situation to find ourselves in, in both Test matches actually." He said, "Pakistan have good bowlers. They're very skilful but it's disappointing that on a good batting track we didn't apply ourselves the way we should have."

Pakistani pacer Hasan Ali continued his mastery over Zimbabwe's batsmen, taking a career-best five for 27 as the hosts were bowled out for 132 in the first innings.

Hasan, who was declared man of the match after taking nine for 89 when Pakistan won the first Test by an innings and 116 runs at the same venue, remained wicketless in the second innings but conceded only nine runs in 10 overs.

Nauman and left-arm fast bowler Shaheen Shah Afridi, who took four for 45, were the wicket-takers in the second innings.

Nauman, who had to wait until he was 34 before making his Test debut against South Africa in January, claimed his second five-wicket haul in four Tests. His bowling performance followed a swashbuckling innings of 97 on Saturday.