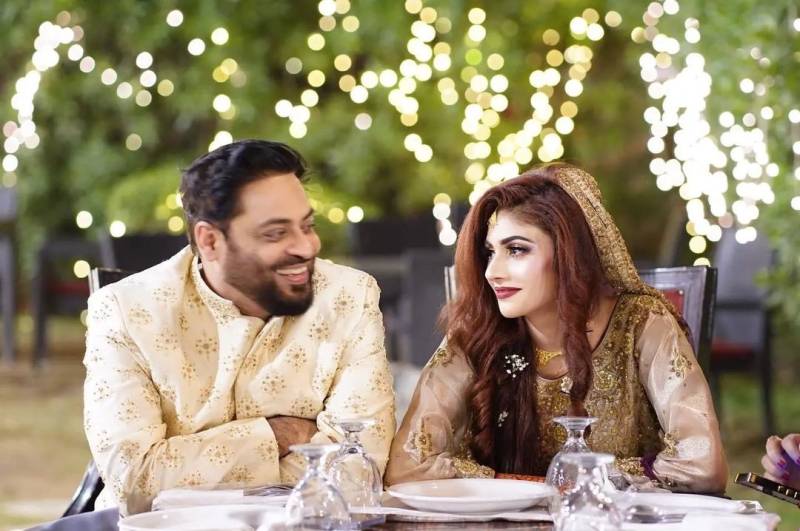 As the war of words between morning show host Dr Aamir Liaquat Husain and his estranged wife Dania has intensified, the girl has alleged that Aamir takes drugs such as cocaine.

In an exclusive interview to Daily Pakistan on Monday, Dania provided video evidence to prove her allegations against Aamir, who is a member of the National Assembly (MNA) and recently ditched his party leader Imran Khan before he was removed from power through a vote of no-confidence.

Responding to a question about her alleged loose character, Dania says had there been any such thing, Aamir would have divorce her the very next day. She says Aamir levelled such allegations against his second wife Tuba and now he is levelling the same allegations against her.

When asked that Aamir introduced her to the public as a woman from the Syed family, Dania says she never claimed she is from a Syed family. She says Aamir should be asked to answer such questions. She denies the reports that Aamir gifted her a car or a house. She says she does not want anything from Aamir except divorce.

Answering a question about her meeting with the then Prime Minister Imran Khan, Dania says Khan had advised Aamir to take care of her. Dania shared a TikTok video a few days before formally filing for divorce and she denied outright any dispute with Aamir in that video. Now she says she made that video on Aamir’s instance. She says Aamir forced her to shoot that video because some people associated with the Pakistan Tehreek-e-Insaf (PTI) were asking him questions about his new marriage. She rejected Aamir’s claim that he did not touch her. She says Aamir did that and this was the soul purpose behind his decision to marry her.

Towards the end of the short interview, Dania said her life was in danger and same was the case with her only brother, sisters and mother therefore she should be provided security.

Dania’s mother, who was also present during the interview, said there was no chance of reconciliation between the two sides. She said Aamir lacked the mental balance therefore it would not be possible for them to get along with him.