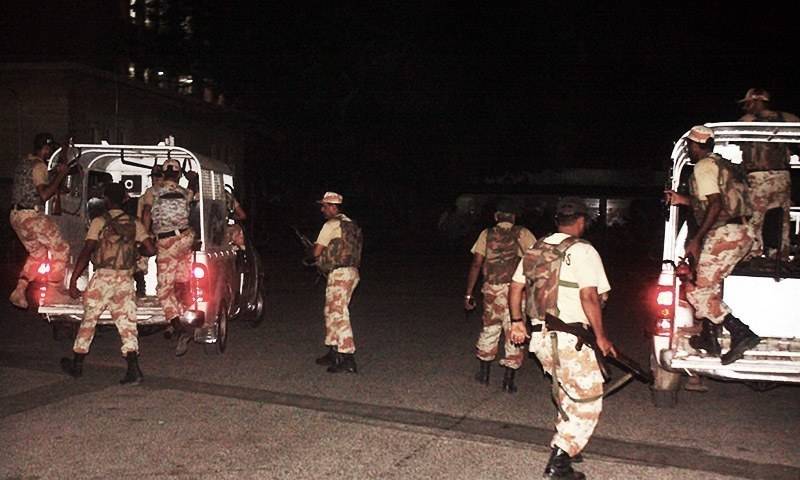 KARACHI - Pakistan Rangers Sindh claimed to have killed three suspected militants in an alleged encounter on the outskirts of Karachi on Wednesday.

According to Rangers spokesperson “The paramilitary force had conducted an intelligence-driven action on suspected hideouts of banned outfit’s hardcore criminals at Mangopir area who were allegedly involved in terrorist activities”.

The suspects in an attempt to escape opened fire on law enforcement agencies. In an ensuing exchange of fire between Rangers and the gunmen, three suspects got killed," the spokesperson stated, Dawn reported.

Rangers official also claimed that one soldier got injured in the alleged encounter and weapons were also seized from suspects' custody.

Sindh Rangers on October 14 had claimed to have killed four suspected militants in a shootout.