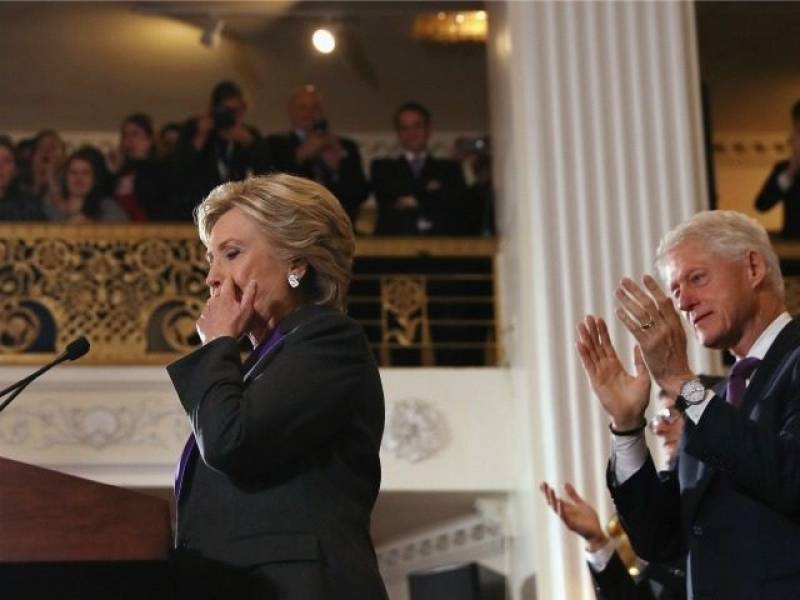 NEW YORK - Hillary Clinton on Wednesday conceded the 2016 US White House race to Republican Donald Trump and offered to work with the president-elect on Wednesday.

She hoped would be a successful leader for all Americans.

Clinton, appearing at midday after a bruising election loss to the Donald Trump.

She urged supporters to keep an open mind on Trump and give him a chance to lead.

"Last night I congratulated Donald Trump and offered to work with him on behalf of our country. I hope that he will be a successful president for all Americans," Clinton told her supporters and staff.

"This is not the outcome we wanted or we worked so hard for, and I'm sorry that we did not win this election for the values we shared and the vision we hold for our country," she said at a Manhattan hotel.

Possibly facing her last opportunity for a presidential run, Clinton, 69, acknowledged Tuesday night's results were painful and that she was disappointed.

"This is painful and it will be for a long time," Clinton said. "But I want you to remember this: Our campaign was never about one person or even one election. It was about the country we love and about building an America that's hopeful, inclusive and big-hearted."

"Donald Trump is going to be our president. We owe him an open mind and the chance to lead," she added.