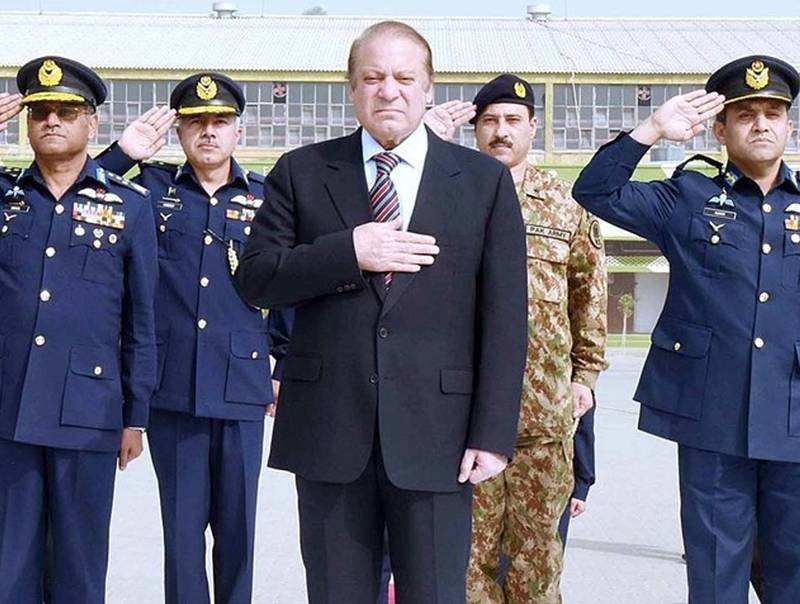 It has broken the back of terrorism in Operation Zarb-e-Azb, he added.

PM addressed the officers at the PAF base and congratulated the troops on the successful culmination of the exercises conducted every four years to enhance the operational preparedness of the Air Force.

Nawaz said that the air exercises achieved the targets that they aimed for.

The Prime Minister upon arrival was received by Chief of the Air Staff Air Chief Marshal Sohail Aman and senior officers of the PAF.