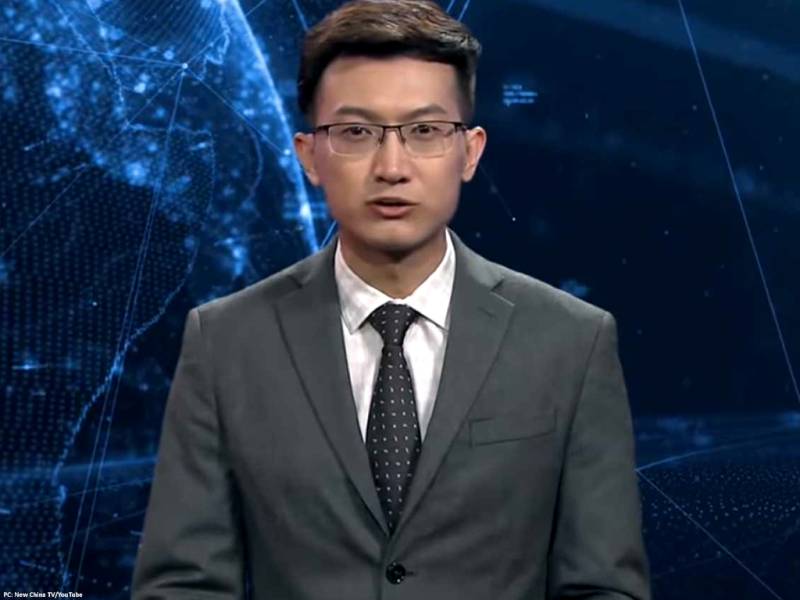 BEIJING - Stepping up its game in the world of robots, which are rapidly making their way into every sector, China has made the first ever ‘Artificial Intelligence (AI) news anchor.’

Chinese viewers were greeted with a digital version of a regular Xinhua news anchor named Qiu Hao. The anchor, wearing a red tie and pin-striped suit, nods his head in emphasis, blinking and raising his eyebrows slightly.

“Not only can I accompany you 24 hours a day, 365 days a year. I can be endlessly copied and present at different scenes to bring you the news,” he says.

Xinhua also presented an English-speaking AI, based on another presenter, who adds: “The development of the media industry calls for continuous innovation and deep integration with the international advanced technologies … I look forward to bringing you to brand new news experiences.”

Developed by Xinhua and the Chinese search engine, Sogou, the anchors were developed through machine learning to simulate the voice, facial movements, and gestures of real-life broadcasters, to present an “a lifelike image instead of a cold robot,” according to Xinhua.

The broadcasters made their debut during China’s annual World Internet Conference, an event meant to be China’s Davos for the tech sector as well as a platform for China’s vision of the internet.