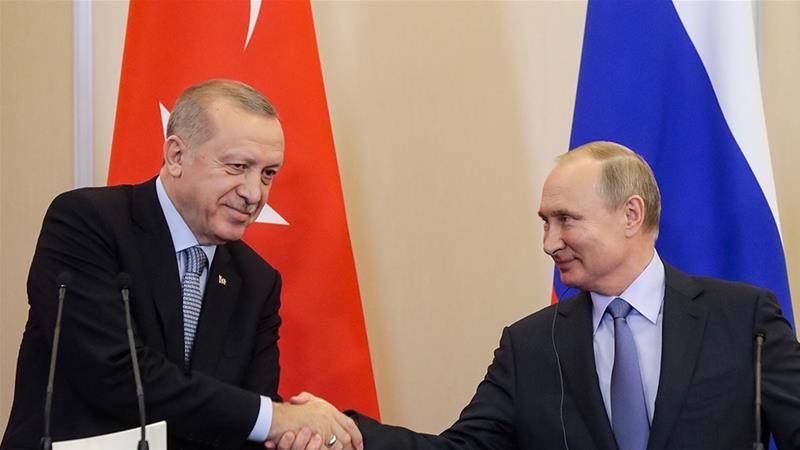 ANKARA - Turkey and Russia have reiterated their commitment to Sochi deal on Turkey's operation in northeastern Syria.

According to Turkish President's Office, Turkish President Recep Tayyip Erdogan and his Russian counterpart Vladimir Putin in a phone call discussed the latest situation in northeastern Syria where Turkey launched an operation last month and the withdrawal of Kurdish militants from the region.

Earlier, Turkish President Recep Tayyip Erdogan said that Turkey will not leave Syria until other countries pull out.

Speaking to reporters in Ankara, the Turkish president reiterated that Turkey will continue its cross-border offensive against Kurdish fighters until they have entirely left the region, the Radio Pakistan reported.

Turkey began its offensive in Syria after Trump announced an abrupt withdrawal of 1,000 US troops from northern Syria last month.