Man bites off wife's nose, eats it for not picking his calls 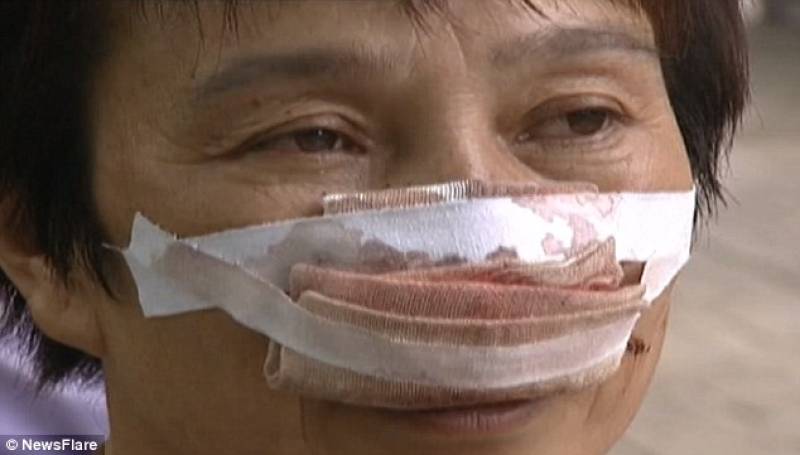 BEIJING (Web Desk) - A man allegedly bit off his wife’s nose in China and ate it for not picking his phone calls.

According to a foreign news agency, the couple got into a fight and the enraged husband bit off his wife’s nose and gulped it down.

The paramedics have stated that the woman, who was identified as Yang, will require surgery and can take upto three months to get the nose cosmetically reconstructed.

The man has not been identified as yet.

A news agency in China reported that Yang told the authorities that he tried to sell of one of her two children which she had from her previous marriage. They separated when she refused to do so.

However, they remained in touch through the telephone, the woman said.

The man is still at large.