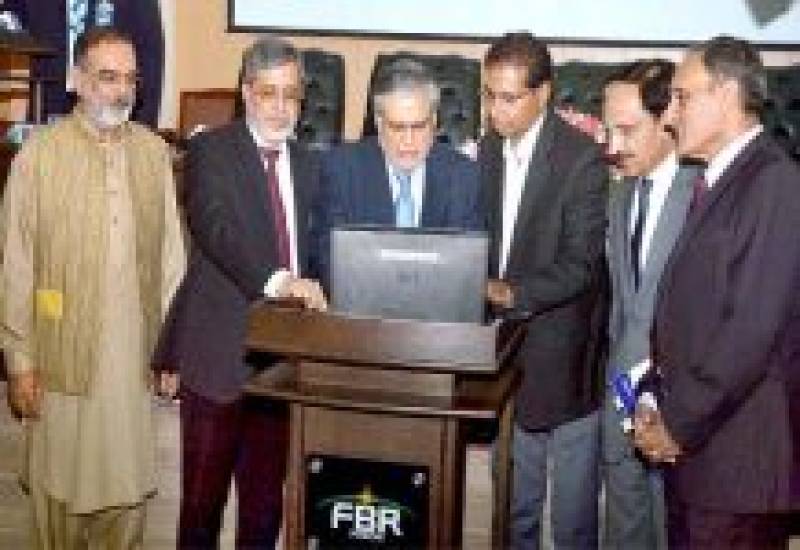 Speaking on the occasion Ishaq Dar said that the Federal cabinet approved the publication of Tax Directories of Parliamentarians and general tax payers, and the FBR has published and also uploaded the tax directories on its website.

He added that Pakistan was the 4th country in the world which had been issuing tax directories of the parliamentarians and general tax payers and publishing for the last two years.

He on the occasion congratulated the Chairman Federal Board of Revenue (FBR) Nisar Muhammad Khan and his team for accomplishing the task.

The minister on the occasion warned the non-tax payers to register themselves with the FBR and get National Tax Number (NTM), otherwise government would tightened the noose around their necks.

The Finance Minister said that anyone can easily see his or her tax paid on the website of the FBR.

He said that few years back growth in revenue was only 3.3 percent.

Ishaq Dar said that in the year 2014 the total tax collection was Rs.1940 billion, which has now increased to Rs.3112 billion in financial year 2015 16 without any downward revision showing a growth of 60 percent in FBR revenue collections.

“This is unprecedented in the history of Pakistan and a remarkable achievement”, he remarked.

He added that few years back the tax to GDP ratio was 8.6 percent and due to which was increased to 9.7 percent.

“Today Pakistan’s tax to GDP ration has reached to 12.5 percent and would be increased to 15 percent”, he vowed.

He told the media that PML N government has fulfilled yet another promise of enhancing the revenues of the country.

Ishaq Dar said that government also rolled back the culture of SROs, privileges and exemptions in taxes and steps were taken to enhance the revenues of the country by bringing tax evaders into tax net.

The Finance Minister also informed the media that during last three years 300000 or 0.3 million notices were sent to non-tax payers.

He added if “We want to lead the country towards prosperity we should focus on enhancing the revenues for the prosperity of the country”.

Ishaq Dar said that after achieving the macroeconomic stability, the government was focusing on enhancing economic growth for the socio economic prosperity.