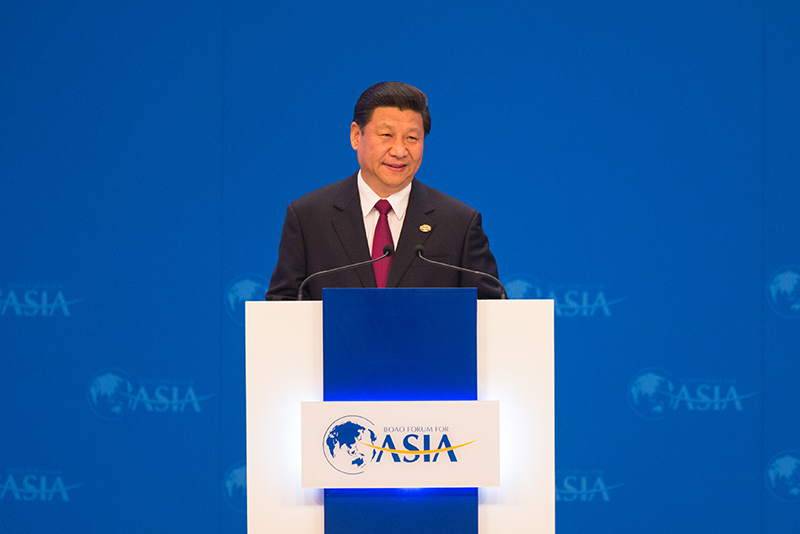 BOAO - Chinese President Xi Jinping defended his ambitious multi-billion dollar Belt and Road Initiative (BRI) on Tuesday, saying China has no “geo-political calculations” and the project will benefit the world.

In a key speech outlining his vision at the Boao Forum for Asia (BFA) at the Chinese city of Boao, Xi said the BRI may be China’s idea but its opportunities and outcomes are going to benefit the world.

“China has no geopolitical calculations, seeks no exclusionary blocs and imposes no business deals on others,” he said in an apparent reference to apprehensions that the BRI in which China is investing billions of dollars in port, road and rail connectivity projects all over the world is aimed at furthering China’s influence.

The BRI focuses on improving connectivity and cooperation among Asian countries, Africa, China and Europe.

At the BFA meeting attended among others by Pakistan Prime Minister Shahid Khaqan Abbasi, Xi said, “It must be pointed out that as the BRI is a new initiative, it is perfectly natural that there will be different views on cooperation.”

“As long as the parties embrace the principle of extensive consultation, joint contribution and shared benefits, we can surely enhance cooperation and resolve differences,” he said.

“This way, we can make the BRI the broadest platform for international cooperation in keeping with the trend of economic globalisation and to the greater benefit of all our peoples,” Xi said.

This is the first major speech by Xi after he began his second five-year tenure last month.

He is widely expected to continue in power for life as China’s parliament has removed the two-term limit for the president through a constitutional amendment.