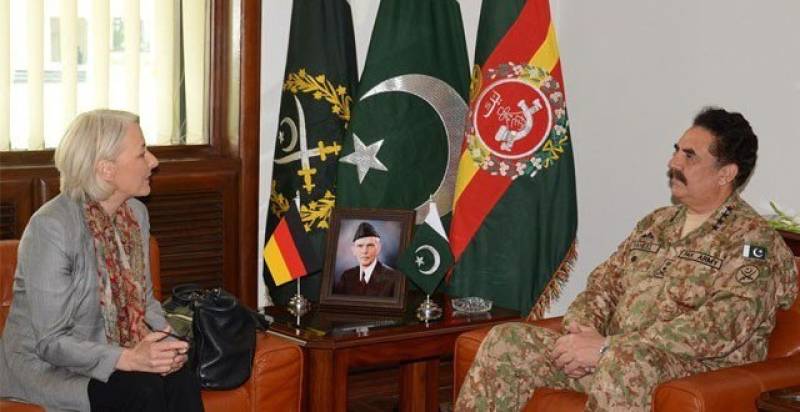 The meeting was held at GHQ Rawalpindi, during which the two figures exchanged views on regional security, situation at Pak-Afghan border and affairs of mutual interest.

The German envoy praised Pakistan’s role in improving security situation in the region.

She also hailed Pakistan Army’s achievements in ongoing operation Zarb-e-Azb and expressed hopes the offensive against terrorists will aid in bringing peace and stability to the region.