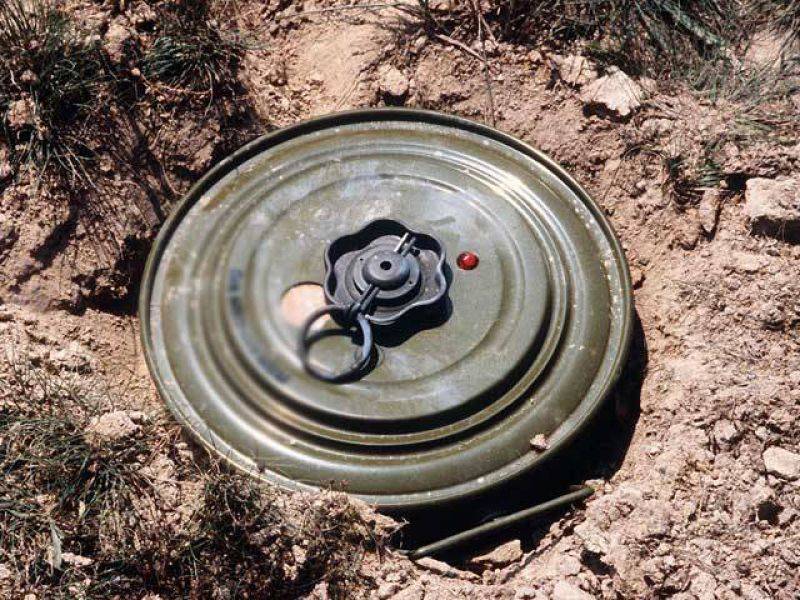 PASROOR (Staff Report) - Indian "anti-tank mine" which was floating in the Nullah Dek Pakistan Bomb Disposal Squad (BDS) has taken into custody.

According to Express News, resident of Chak Machana saw a 14 pound in weight, anti-tank mine lying on the sand near the edge of Nullah Dek and called the local police.

Local Police immediately called the bomb disposal squad who got the anti-tank mine into their hold.

BDS officials said that mines weighing about 14 pounds are Indian-made and further research is underway.