Musharraf challenges Nawaz Sharif for a debate; Nawaz allowed to bring a team, according to Musharraf's rules 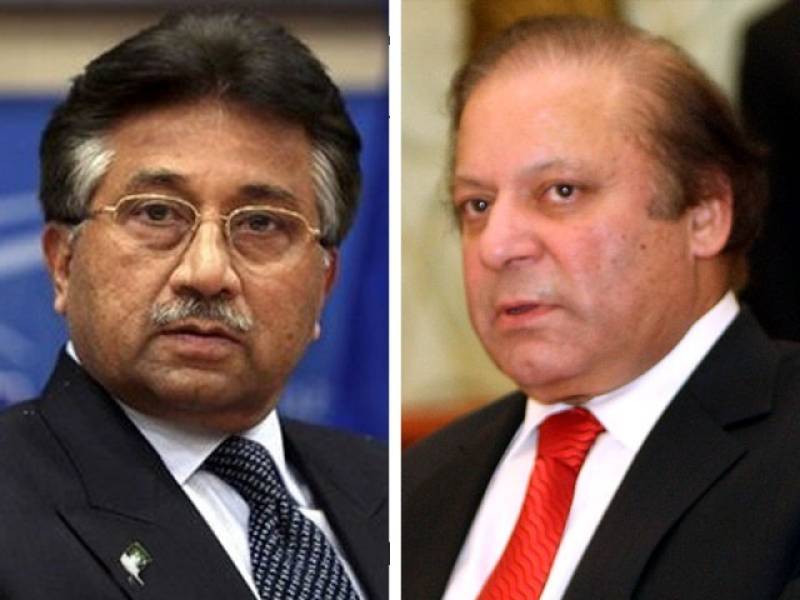 LAHORE (Web Desk) - Former President Pervez Musharraf has challenged Prime Minister Nawaz Sharif to debate with him on air, as he offered PM to have 15 others with him.

Ex-president said in a TV program that government functionaries will be in trouble if there was the trial of the Panama Leaks issue. He stated that all the information regarding his assets is on papers of the election commission.

He likewise added that he reigned for 10 years, but nobody can establish his takes in any offshore company or any depository financial institution account in Geneva.

Musharraf asked PM Nawaz to have Ishaq Dar and 15 others alongside him in the debate, but he would be totally alone.

He also stated that he is in favour of the neutral parliamentary commission, which should compare tenures of Musharraf and Nawaz Sharif.

Musharraf expects to be given justice by the tribunals, which he has not gotten yet and everybody knows cases were spread against him for political causes and there is no evidence against him, he added. He sounded out that cases went on against him for years and he has appeared in all the courts 15 times.