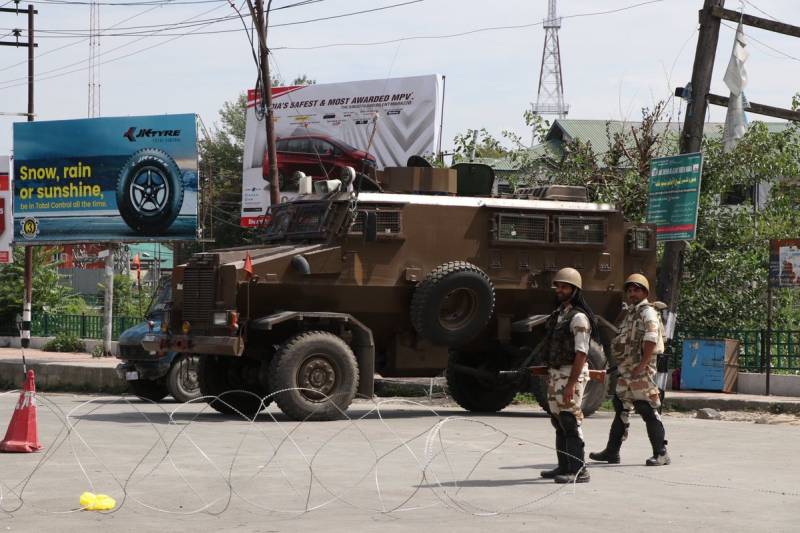 ISLAMABAD – Speaker National Assembly Asad Qaiser on Saturday spoke over the phone with Iranian Counterpart Ali Larijani and took him into confidence over the deteriorating situation in the Indian occupied Kashmir (IOK).

During their conversation, both the sides condemned the Indian serious human rights violations in occupied Kashmir and agreed to adopt joint strategy for highlighting Kashmir cause at international forum.

Asad Qaiser said Kashmir issue should be placed on the agenda of forthcoming speaker's conference to be held in October in Turkey.

He informed the Iranian counterpart on the abolition of Articles 35A and 370 by the Indian government in occupied Kashmir .

Asad Qaiser said the imposition of curfew in occupied valley was a shameful act of Indian government and that these measures have no legal and moral status.

Pakistan consider its brethren country Iran a time testing friend and hoped that it would continue highlighting the Kashmir issue at international level in befitting way, he added.

Pakistan was pursuing parliamentary diplomacy to expose the nefarious objectives of Indian government before the world, he said.

Asad Qaiser said the unrest in Kashmir was causing uncertainty for all the countries of the subcontinent and needed earliest redressal.

Ali Larijani said, Iran would not leave Kashmiris alone in their difficult time and seeks the resolution of Kashmir issue through dialogue between the two countries according to the United Nations resolutions and aspirations of Kashmiri people.

He said Ayatollah Khomeini's stance had been clear on Kashmir issue and he supports the stance of Kashmiris for their right to self determination, adding Iran was ready for any kind of mediation role in that regard.