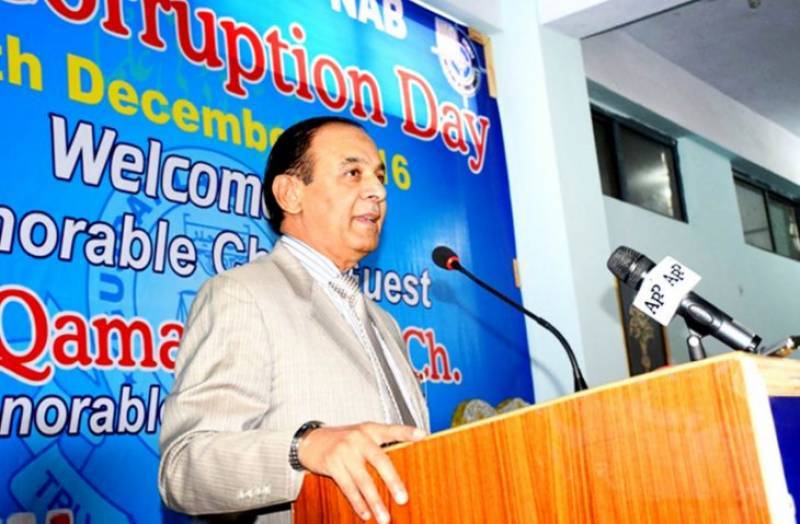 GUJRAT - National Accountability Bureau Chairman Qamar Zaman has asked all segments of society to join NAB in its efforts to eradicate corruption so as to leave a better and prosperous Pakistan for future generations.

He was addressing a function at Law College in Gujrat.

Qamar Zaman Chaudhary said we must collectively fight to destroy the cancer of corruption that is destroying the moral fabric of our society.

He said NAB has established more than 42,000 Character Building Societies (CBS) in educational institutions to sensitise future leaders against corruption.

He said NAB finalized 1114 inquiries in 2015 as compared to 585 in 2014 and only 243 in 2013.   He said NAB has also been operating a fair and effective Internal Accountability Management (IAM) System for its officers and staff.

Chairman NAB said that the Bureau NAB through its committed efforts had recovered over two hundred and seventy nine billion rupees since inception.