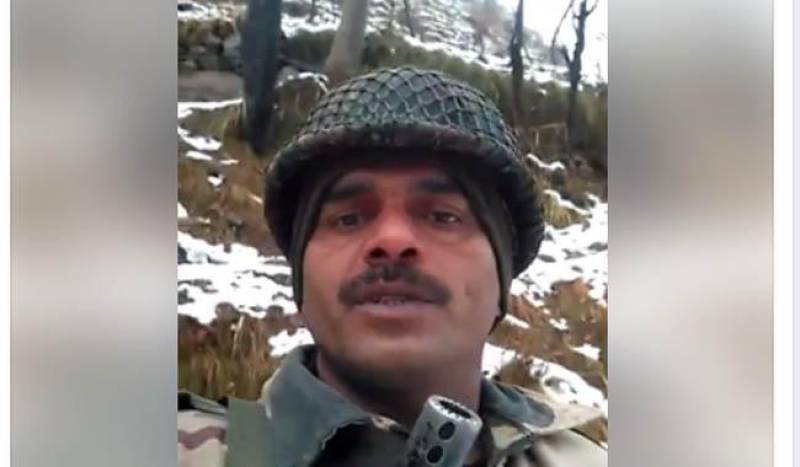 KARACHI - The Indian Border Security Soldier, Tej Bahadur Yadav who revealed  the shocking state of affairs in the Indian army has been relegated to plumber's job, an Indian magazine reported Tuesday.

Yadav, who was deployed in occupied Kashmir, had shamed the government of Prime Minister Narendra Modi by sharing the plight of troops serving at the border.

In response, the BSF has transferred Tej Bahadur Yadav to its headquarters from his earlier posting at the Line of Control. He has been assigned plumber duty at the BSF Headquarters.

Yadav, in an interview to India Today, said that his fellow troops were happy that he posted the video.

The BSF man also said that his commandant has forced him to take down the video.

Tej Bahadur Yadav, who had voiced fears for his life in the video, said he now believes his superiors will not harm him because the video has gone viral.

"I am not afraid of losing my job...I have shown what the reality is at the post," he said. "If soldiers [are] benefited because of me, then I am ready to fight."

The BSF man was still optimistic that a lot will be revealed if an inquiry is carried out into his allegations.